The difference between their outcomes is time, luck, and the safety of the roads they traverse. 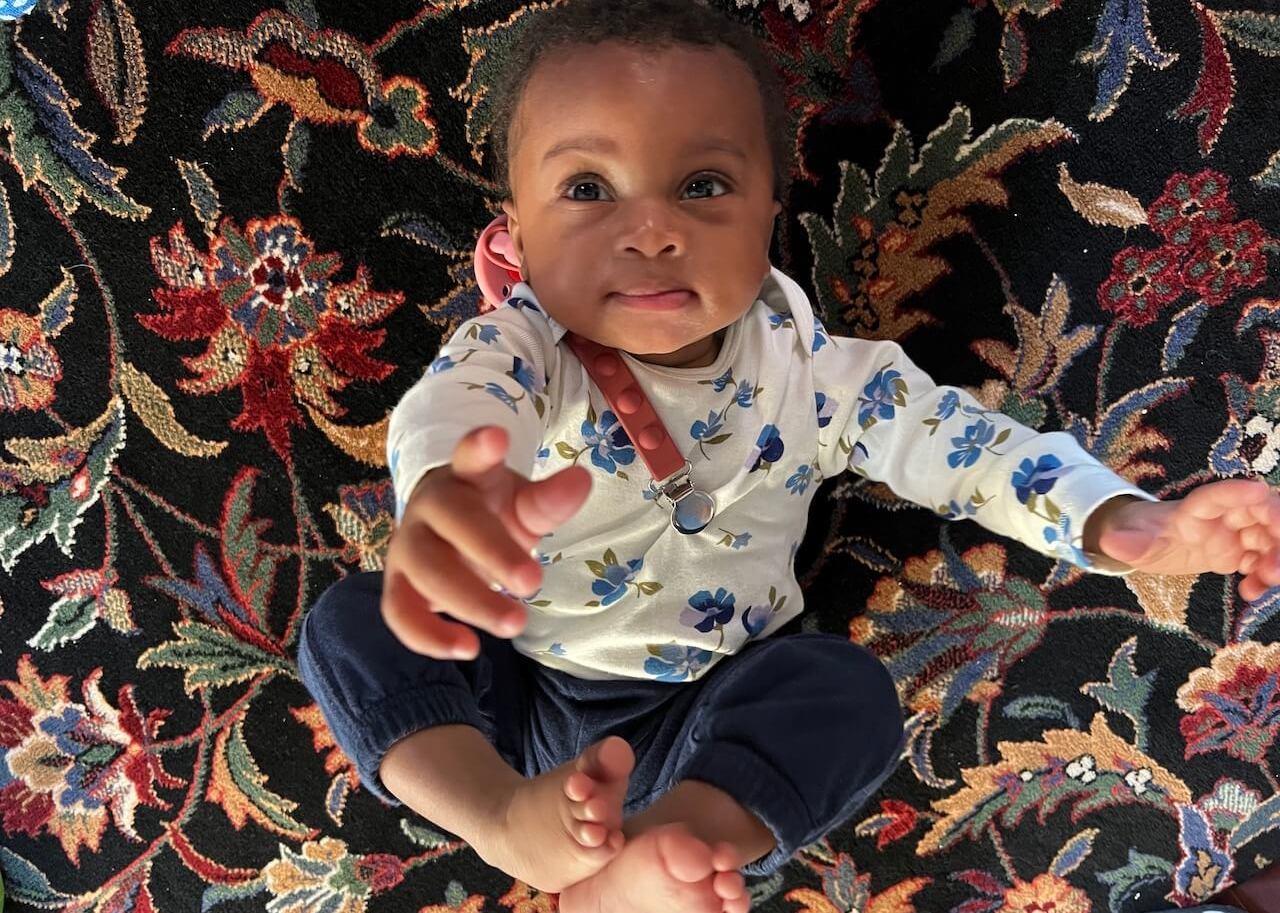 We put the baby in her car seat. We pulled a pink hood over her head. We shut the doors and drove off to the doctor. It was a short ride, with the windows up and Christmas music on the radio.

When we got to the office, the staff welcomed us with cooing and oohing and “Look how big she’s gotten!” We sat for a few minutes in a waiting room filled with toys. Then they ushered us in for her check-up.

We put baby Nadie on the scale. Fifteen pounds, nine ounces! I let out a shout. In less than six months here, she had more than doubled her weight. After measuring her and consulting his tables, the doctor, Marty Levinson, looked at me and smiled.

“You’re not going to believe this,” he said, “but she’s on the chart. She’s in the range now. Her head. Her weight. Her height. If I didn’t know her backstory, I’d think she was simply a smallish, normal one-year-old.”

Never was anyone happier to hear the label “normal.”

Because Nadie’s backstory is anything but.

Brought to us when she was six months old, and weighing only seven pounds, this little girl, we were told, had eaten nothing but sugar water since birth. She was severely malnourished, and severely anemic. Her eyes were closed by conjunctivitis. She barely moved.

But because we were able to get her to America, where the kindness of doctors, friends, and caregivers was abundant, Nadie opened her eyes. What she saw was a small village of loving adults, all holding out their arms. From that moment forward, her thriving had begun.

It has culminated in a healthy, ebullient, constantly-in-motion child of one, whose curiosity ranges from pulling hangers off racks to sticking pieces of avocado in her mouth. She eats constantly. She spews countless sounds. She pronounces words like “Mama” and “bye bye” and “Amen.” She waves when you wave. She smiles when you smile. She is alert, aware, in the moment, and endlessly happy.

She is also extremely lucky.

Down at the orphanage right now, we have a three-year old boy named Bradley. He was brought to us last month weighing ten pounds. Ten pounds? At three? His spindly legs were not strong enough to support him. His eyes were crossed and he seemed dazed. He did not speak. He barely moved.

His birth mother, a young woman in her early 20s, apparently had two other children before him. Both died. She had no means to support this one, and was sleeping from place to place, with no room to call her own. Eventually, Bradley was brought to our gates.

He is not as lucky as Nadie. We scramble to find him formula that is good for him in his condition. There are no doctors easily available. No waiting rooms with toys. No good news reports. Bradley struggles each day, as we employ a full-time nanny to watch over him, change his diapers, try to get him to use his legs.

We would like to get him to America, as we did with Nadie, but opportunities like that are limited, the process can be long and the U.S. embassy is on an emergency-only basis now.

Meanwhile we pray he improves.

How much, we don’t know.

In addition to Bradley, we have one-year-old Marvin, who came to us with tuberculosis. Marvin is weak and glassy eyed. He has been isolated in a room at our old mission for four months now, due to the highly contagious nature of TB. We took him for tests, got bounced from one hospital to another, and were told the medicine he needed was in a clinic located in the heart of gang activity, which was impossible to reach.

It took weeks until we were able to navigate our way there and get the pills. Now months later, we are told in order to get his phlegm tested to prove he is no longer contagious to others, we must take him to a specific place that is, once again, in the heart of the gang violence and civil unrest. Nobody is willing to drive there.

So Marvin waits, in isolation.

In need of safe passage

I wrote recently about the need for a “safety vehicle”, one that is armored against bullets, with a trained driver who knows how to evade trouble. It is not only critical for our daily operations, it is directly the difference between kids like Marvin and Bradley getting the care and attention they need – or not.

Safe passage is what we seek for all our children – especially the youngest and most helpless.

We have taken a new turn at the orphanage. With the space afforded by the move to the new property, we have decided to create a program specifically for infants under three years of age. In the past, we avoided kids that young, due to the potential burden of diapers, feeding, inability to express their issues, and the need for one-on-one care. We simply were not equipped.

But we now realize — thanks in part to Nadie’s incredible improvement — that if we take children as young as her, we actually give them the best chance of developing their learning, attention, affection and social skills at the most impressionable age. In short, their chances at their best lives improve the earlier in life they get to us.

So if you came to visit us these days, you’d do a lot of baby squeezing, from Nadie and Marvin to Mylove, Luxie, Dada and others. We’re getting younger by the day, but bouncier, too, with more squeals and pacifiers and baby steps.

It’s a major turn to go from abject poverty, starvation, and lack of attention to a food-filled, needs-met, loving environment. But the changes are a sight to behold. Like the moment the doctor tells you the little girl is all right, she’s “normal,” she’s made it through the storm,

Safe passage. That’s all we wish for our new baby brigade. And what we wish for all of you as we careen towards the holidays and another new year.

A Year of Thanks & Giving Project 2: A Safety Car

The road to an armored car can take many forms: