The largest blessings are those that are small 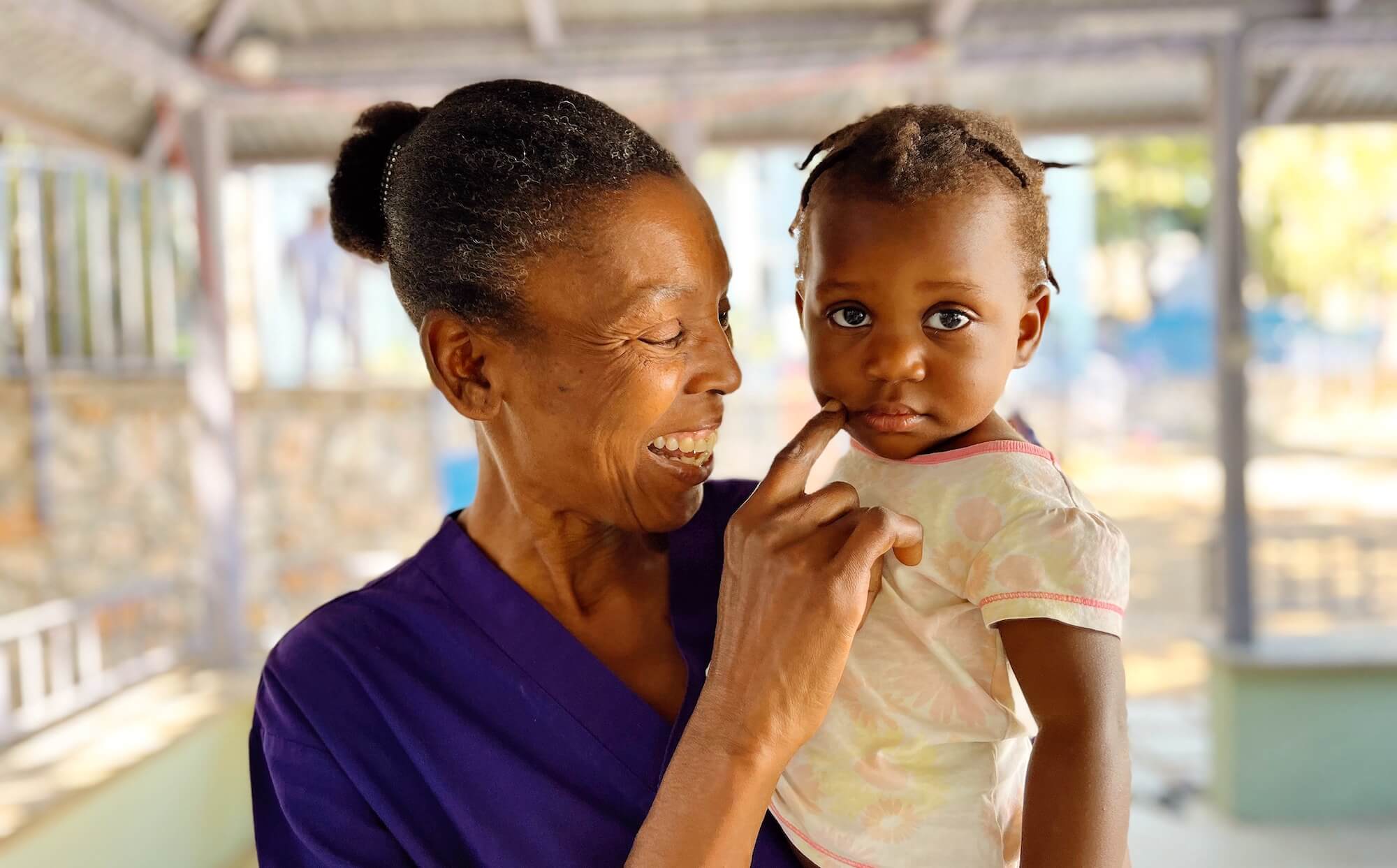 We rang in the new year as we always do here at the orphanage, with pizza and juice and cake and long tables and a ceremony of sparklers poked in the dirt, with wishes for the coming year draped over their twinkling.

When the sparklers extinguished, we sang “Auld Lang Syne” (mostly we la-la-ed it) and hugged and kissed and yelled “Happy New Year!”

Then we went to bed, woke up, and got on with new business.

The new business this year is infancy. There are more babies in our program than ever before, and in their joy and tears and squeals and diapers, they have taught us something:

We can go early. We can start sooner. And the smaller we begin, the bigger difference we can make.

So this year, with your help, we are building a nursery, hiring specialists, and, yes, after 13 years in Haiti, diving into diapers!

Now this was not always the case. Admission to the orphanage has been a backsliding number, slowly dropping, like the ball in Times Square on New Year’s Eve.

When I first I arrived, we only took kids that were six or older. The thinking was at that age, they might have had a bit of schooling, possessed language skills, and, significantly, no longer wet the bed. We were going through mattresses like crazy!

After a couple of years, we realized that kids that age in Haiti brought other issues. Many were seriously behind in communication. Starting school at age six or seven was a challenge. And worst of all, most of them, by that age, had been sexually abused, a plague that brings so many issues in a crowded, young environment.

So we began dropping the number. Five year-olds. Four year-olds. Still, we found abuse. Three years-old became the new entrance point. And we stayed there for some time. The thinking then was similarly simple: they are young enough to have eluded the abuse, but old enough that we don’t need to delve into diapers, bottles, pacifiers, and the attendant staff that kids younger than three require.

Then along came Nadie.

Nadie, as regular readers here know, arrived at 6 months and seven pounds, severely malnourished, anemic, and hanging to life by a thread. With love and food and incredible medical care, she has blossomed into our brightest new light, and, having just passed her first birthday, is speaking, engaging, nearly walking (more like running) and developing into an intelligent, curious and well-adjusted child.

But she doesn’t have to be.

What Nadie taught us is that early intervention can make all the difference here in Haiti, where infant mortality is unacceptably high, and nearly 50 out of every 1000 babies don’t live past their first birthday.

We were walking around our new property last year, and inside what we call “the white house” is a large room with its own double bathroom and a door that opens to a small yard that is conveniently self-enclosed.

“You know,” someone said, “this could make a great nursery. We could fit around eight beds. The kids could sleep in play in this big room. It’s got lots of closet space. They’d have their own bathroom, two toilets, a shower and bath. And they could go through this door, play outside, and be safe.”

I thought about it. Visions filled my head of little rug rats racing about, the din of happy squealing, the tender sounds of lullabies as they slept in cribs or Pack ‘n Plays. I felt myself smiling.

Then I thought of the nutrition problem we could solve, and the early stimulation we could provide, and the jump start we could give their language and education process if they began with us at age one or younger. And I smiled some more.

As the days passed, my fear of diapers and bottle feedings faded. The fact is, even the kids who come to us at age three so often have been neglected, left to sit in the mud of a tent, the chance at early development evaporated by the poverty of this beleaguered country.

So we are. We now have seven children three years or younger, including Luxie, MyLove, Pouchaline and Nadie. We have a one-year-old named Marvin who is battling tuberculosis. We have a three-year-old named Bradley who arrived so severely malnourished, he cannot walk or talk.

Our goal for January in our Year of Thanks & Giving is to fund the building-out of the nursery and the hiring of a program director. Our target is $47,000. The great news is the program is already in operation, we just need a home for it, and the right person at the helm.

This month starts my 14th year in Haiti. If you had told me, when I first arrived here, in the dust of the 2010 earthquake, that I would be welcoming newborns, buying formula, and changing diapers 14 years later, I would have laughed.

Now I laugh, but for different reasons. I laugh because our babies make us laugh, and fill the new year with the remarkable possibilities. Look at these faces and try NOT to smile.

Thank you, as always, for any and all help you can give us.