Don’t fence us in: How our already close quarters are getting tighter as family grows

Then again, it has made our bonds stronger. 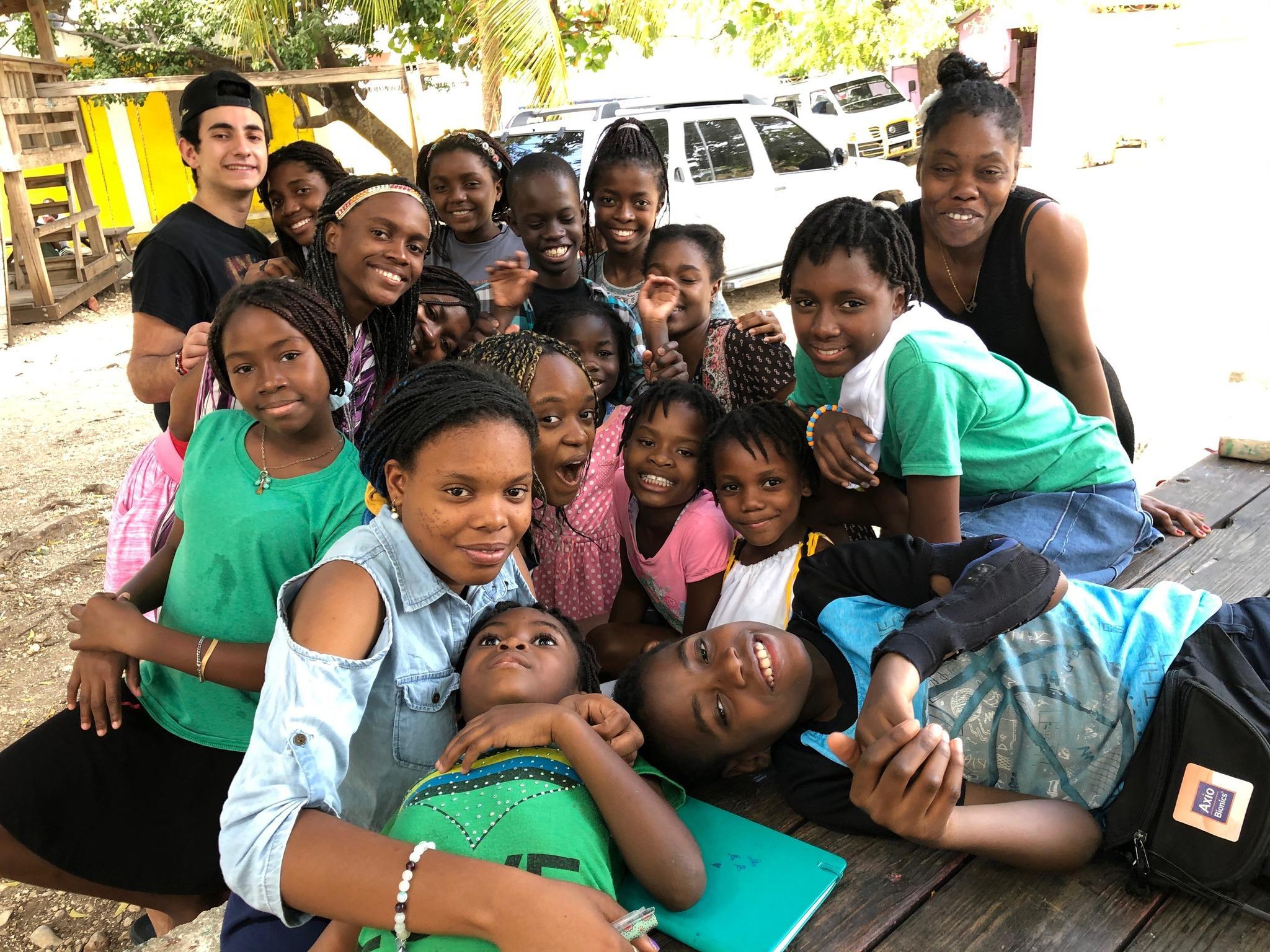 I was looking at our two youngest children, Djoulissa and Phabi, not yet three years old, sleeping end to end on the same thin mattress, and it made me think seriously about space.

And how little we have at the orphanage.

“Tight” is too big a word for our physical situation. My house in America has more land than our entire orphanage, which is about a third of an acre and walled in everywhere.

To our right is a squatter who carved out a small triangle of land and built a tiny concrete house on it. To our left of is an often-empty residence. To the rear is a waste management facility that collects old latrines and generators. To the front is the street.

Green Acres, we are not. No “land spreading out so far and wide…”

But it’s inside the walls that we feel the squeeze. With 55 kids, plus 40 staff and teachers, you don’t take more than a few steps before you pass, hug or bump into someone.

In many ways, this is great. There is always a child a few feet away. If you have a new toy, or are showing someone photos on your phone, you will draw a crowd in less than 20 seconds. There is always someone nearby to help you carry a heavy bucket or a table. And when we do nightly devotions in the gazebo, we are thigh to thigh with one another, little kids sitting on the laps on the bigger ones. The sense of community is tangible.

You know the phrase “praying together as one?” What choice do we have?

Melting and mixing together

But in other ways, the lack of space has taken its toll. Nowhere is this more true than in our school. When we built that three-room structure more than a decade ago, we felt as if we had created Hogwarts. Compared to what we’d had, it was an academy!

But as the population grew, the school became as stuffed as a pepper. This past year, we’ve had two classes going in almost every room. We split the spaces in half, put chalkboards on the opposite walls, and teach out of both sides, asking teachers to keep their voices low so that the other half can hear their teacher.

This, in addition to turning the chapel, the gazebo, the music room and the balcony into classrooms. There is almost no space where you won’t find our kids sitting with their school books.

But that’s just one issue. As they aged into teenagers, we also found it best to give the girls more space, so we had to rent a house two doors down from us, which we call “the pink house” (that’s the color its painted.) Eight of our adolescent girls live there with two nannies. They come over for school, meals and prayers.

That still doesn’t alleviate the congestion. Our smallest kids, like Djoulissa and Phabi, have to sleep in the same bed. Our dining room, which used to fit all the children inside, is now is so packed that the older kids take their food and eat outdoors.

Our playing spaces are limited to a small dirt field and a concrete area. When it rains, the dirt becomes mud, forcing everybody onto the concrete for days. So we’ll have a soccer game with kids riding bicycles through it, nannies carrying laundry through it, maintenance workers carrying garbage through it. Nothing happens independently. We are like a big tub of melting ice cream. Lots of sweet things going on, but all of them dripping into one another.

A variety of space

Now, everybody lives differently, and everyone spreads out the way they can. I’ve visited farmland states where anyone with less than five acres is considered a city dweller. And I’ve visited European cities where the elevators hold two people and the cars can fit in a phone booth.

Even within Haiti, the spaces vary greatly. Certain provinces are witness to people so isolated you can’t find their homes without a map of the trees. But in Port-au-Prince, the capital, where we live, “living on top of one another” is not just a phrase, it’s a reality.

Hillsides are stacked like building blocks with rickety domiciles. Cramped tin structures abut one another on dirt roads, so close you could barely fit a broomstick between them.

Within the walls, extreme poverty clusters human beings like cattle. Ten people can live in a single room. An entire building can share one bathroom. Laundry lines drape the windows. Chickens and goats, sources of food, share whatever outdoor space can be found.

The Haitian people, forever resilient, do not complain about this: they accept it as a consequence of the impoverished country, and the price they pay for wanting to live in the big city, where there is at least a chance of finding work and a paycheck, versus the outer provinces where there are often none.

But children shouldn’t have to pay that price. Children should have room to run, room to move, room to grow and dance and to lay down with their hands behind their heads and daydream.

It’s been almost a year since I’ve been writing these dispatches. I’ve chronicled everything from lullabies to bands to graduations to a stray goat.

But I look back on the very first piece I wrote and I see I ended it with the sentence “Maybe it’s time to move.”

It’s not “maybe” anymore. It’s time. We have been looking for several years for a new home, a property where we could spread out and build new facilities and let our kids move wander and explore. We once asked them what they would add to our current orphanage if they had one wish, and the answer was: “grass.”

I think we’ve found the place…

Donate to support our growing needs!

What readers are saying about “Life at the Orphanage”

Your stories touch my heart, put a smile on my face and I can actually see and hear those faces!! — Kristen B.

I cannot imagine what it must be like in Haiti, but each time I read about the trials and tribulations the Haitians endure I have a much greater appreciation for the everyday things that we take for granted. — Pat S.