This big, brash adventure carries on

Stay with us, because every day is filled with wonder by an amazing group of children 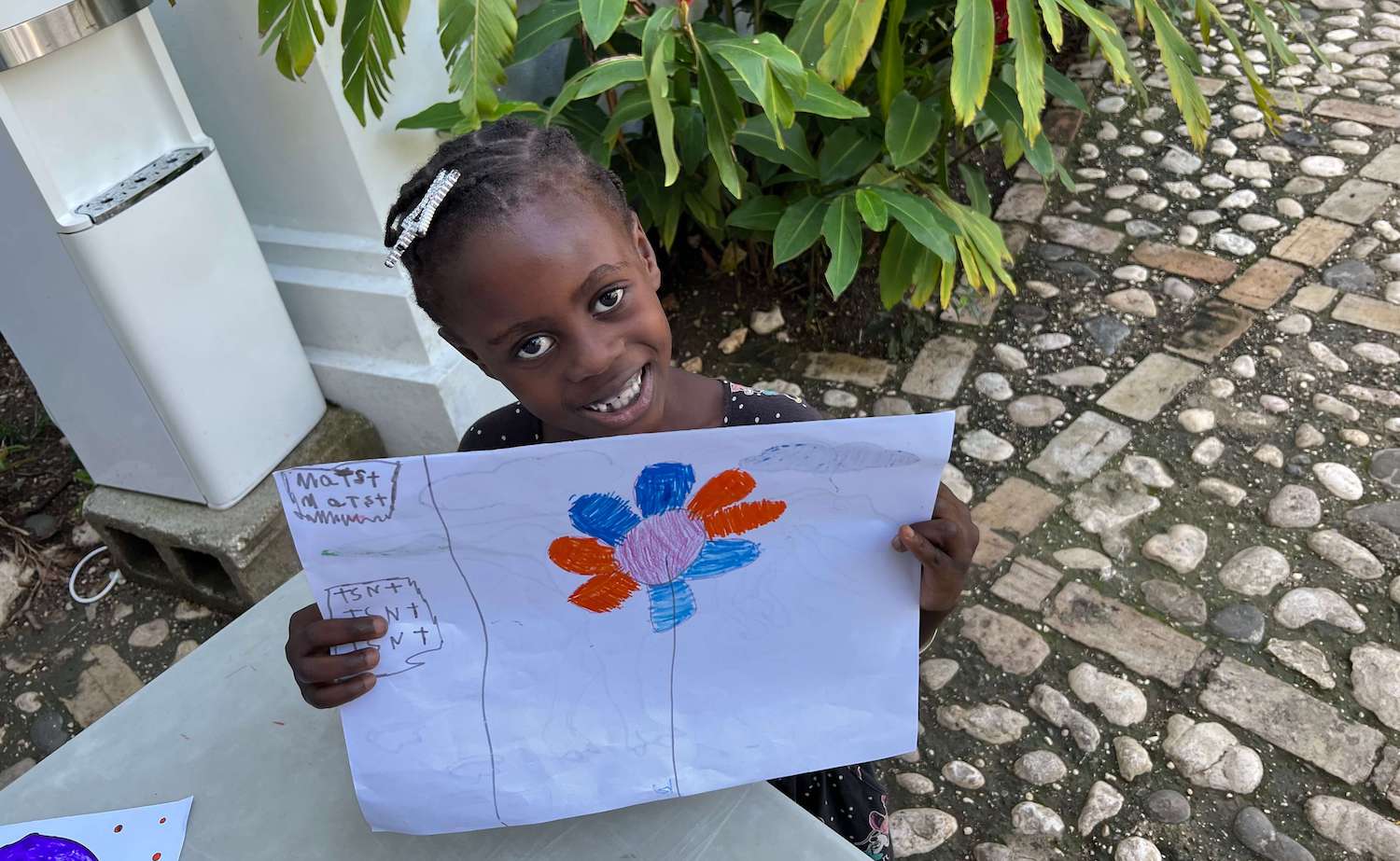 PORT-AU-PRINCE — Something new is happening at the orphanage. At night, or when it rains, I have to walk from the school down and up a slippery hill. Lately, the teenage boys come running alongside me.

They grip my shoulders and lock my elbows.

When did I get so old?

It’s a changing time in our little corner of the world. We are blessed with this beautiful new property, but challenged with how to afford it, run it, and protect it.

We are waving goodbye to college-bound students, but welcoming in more babies than ever. This trip, I visited one-year old Marvens, who is recovering from tuberculosis in our old property, and admitted his three-year old sister, Poushalina, into our group. She’d suffered scabies and a skin pox that forced her into a month of isolation. Now, here she was, finally free, smiling and dancing in front of the other kids as if she’d been with us forever.

We have welcomed some impressive new staff members from Haiti, and my friend and fellow author Ridley Pearson, he of the bestselling thriller novels and the “Peter and the Starcatcher,” “Kingdom Keepers,” and “Lock and Key” series, came down and taught writing classes all week.

But Thursday morning, we had to say goodbye to a wonderful volunteer, Sarah Stone, who came all the way from Australia last January and has taught history, English, oceanography, poetry, math and even swimming during her time with us.

The kids and staff organized a farewell party, and some made speeches and some cried. Everybody swarmed her with hugs.

“It made me want to stay,” Sarah said. “I read the kids’ notes they’d given me the night before and I cried. Even though I’m leaving I feel a part of my heart still belongs to Haiti, and still belongs to these children.”

Who knows what will happen next in this country? There are rumors an international force will be coming to quell the violence and gang-inspired unrest. There is talk that the gangs’ grip on daily life might be nearing an end.

On the other hand, fuel is still impossible to find, the streets remain fairly deserted, and everyone is on the lookout for daily protests and burning tires. Most schools are closed. Many businesses only open a couple times a week, and usually shutter by noon. Food and water remain in scarce supply. Everyone is scared.

The famous book by Tracy Kidder referred to Haiti as “Mountains Beyond Mountains.” It’s from an old Haitian proverb that speaks of life that way: beyond the mountains are more mountains. Beyond your problems are more problems.

We have overcome so much in Haiti. We rebuilt after an earthquake. We cleaned up after hurricanes. We endured life without bathrooms, showers, hot water, a kitchen or a school, and now have all those things and more.

But there are new challenges, new hurdles. We can’t go out anywhere. We can’t take the kids to summer camps or work with other orphanages. It’s harder to find people to hire in Haiti, because they fear the streets or lack the money for gas. Volunteers from America are harder to entice, because they read the news just like everyone else.

There is so much to do and build at the new property, but we need funding to do it, and it’s hard to convince people to donate to Haiti again. There are only so many times you can paint a bleak picture and still get others to empathize.

One season following another

And yet the kids make it so worthwhile. This week, I watched our smallest ones march in a line, holding each other’s shoulders and singing. I told a bedtime story to the young boys, lifting and swinging tiny Jeff — who is all of 30 inches tall — as a lad who could fly.

I met with the middle school kids in a private discussion group and one of them asked me, “Mr. Mitch, what is the difference between desire and destiny?” A teenage girl, Bianka, asked if it was possible to study Latin. Chamaika, who is tall for her ten years, painted a beautiful picture then walked it over and said, “Mr, Mitch, this is for you.” Two of our most studious kids knocked on my door one night, sat down and said, “We’d like to apply to college for early admission.”

And the two boys I’ve known the longest, Nahoum and Appoloste — who were knee-high when I first arrived in 2010 — both made me blink this week.

Nahoum had to take the Duolingo English test, a language proficiency exam used to admit international students to American colleges. Other kids had taken it, but only after spending days on practice tests, over and over, until they were confident.

With Nahoum, whose passport arrived late, we didn’t have time for all that. So he took a chair and a small table and we plugged in a computer and he started the test totally raw. No practice whatsoever.

He blew the score away.

And Appoloste? Well. The kid who only knew one word of English when I first met him — “Cookie” — is now taller than me and was one of the young men holding my elbows as we walked down the hill.

“Yeah,” he smiled. “You used to hold my hand when I was little.”

“And now you’re holding me up.”

After this week, we will stop publishing “Life at the Orphanage” weekly here at Bulletin, but will continue at least bi-weekly at havefaithhaiti.org and will soon be announcing a Year of Thanks campaign — from Thanksgiving to Thanksgiving — in which we hope to raise enough funds to complete our new home. Perhaps you’ll be kind enough to share it with others.

On my last night this trip, I told the kids a joke at the end of our nightly devotions. It went like this:

The big animals were playing the little animals in a soccer game. The entire first half, the big animals won every ball, stomped downfield, and scored goal after goal, the elephant, the rhino, the giraffe. The score at the half was 72-0.

Then the second half began. The little animals got the ball first. And the centipede took it and went dashing right, left, right, left, and zoomed between the big animals for a goal.

“That was great! That was amazing!” the other little animals squealed. “But where were you the first half?”

The centipede said, “Putting my shoes on.”

Sometimes, that’s what it’s like on this adventure. The odds are big, brash and stacked against you. It can take a while to get your shoes on. But little people can do amazing things. I see it every day here.

Our shoes are tied, and our task is endlessly before us. Nurture these incredible children, love them, feed them, teach them, cherish them, and marvel at the changes as the journey goes on.

Life, ever-changing. This place, as always, blows me away.