The summer wind’s come blowing in with major changes

We fill the free time the end of school brings as best we can, but this year might just be filled with our biggest moves yet 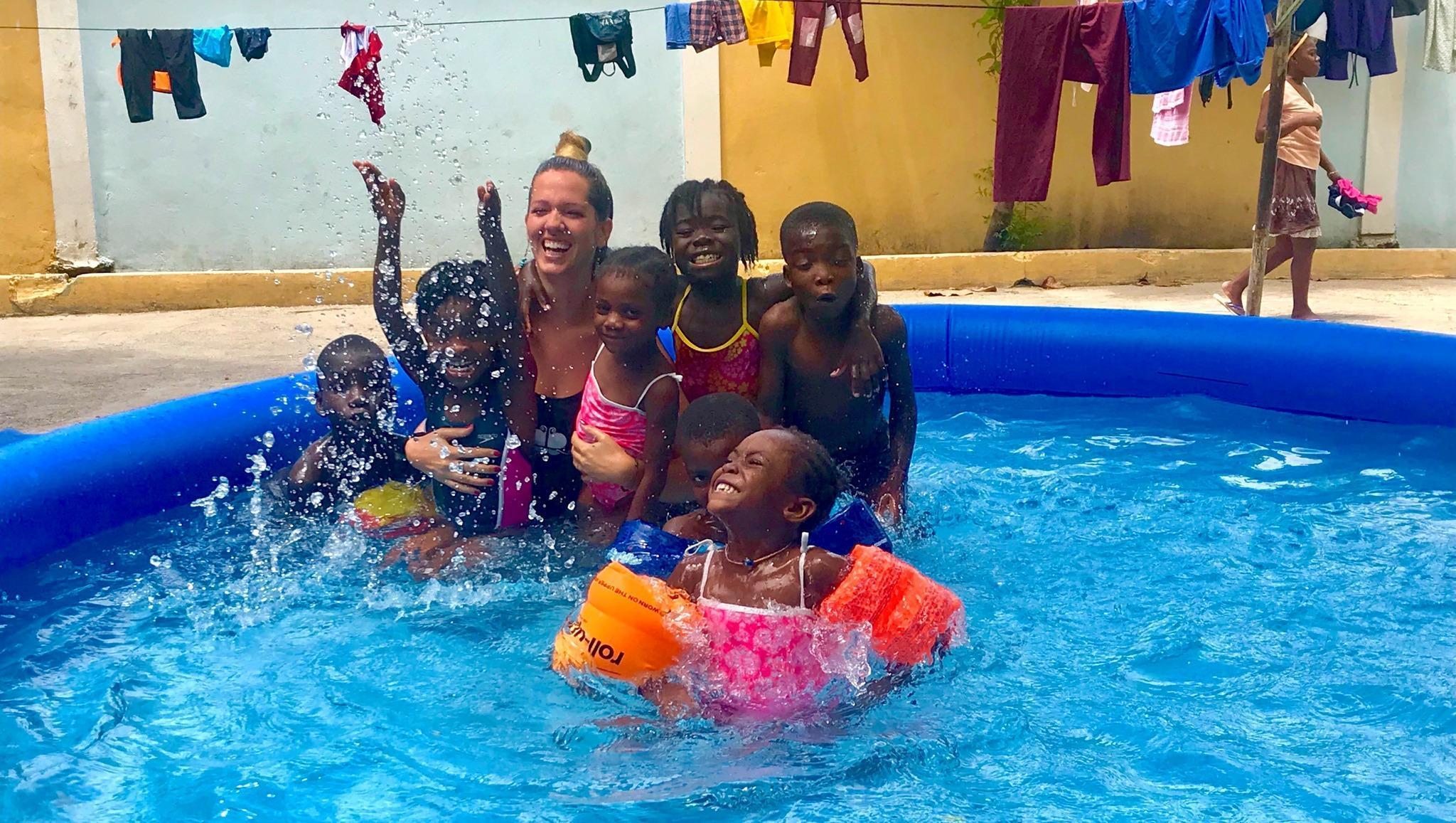 June. Summer. End of school. I remember the feeling those words used to churn up when I was a child. The “free” season. The no-jacket, no-long-pants, no-nice-shoes season. The bicycles and ice cream shops and summer movies season. The season of possibilities.

The words “June, summer, end of school” mean something different at the orphanage. We have no ice cream shops or movie theaters. The clothes don’t change much. The environment doesn’t either.

But summer is still summer, and our kids burst out of school like buffalo on a stampede.

Over the years, we’ve tried to make summer interesting. In the past, we were able to take the kids to some camps, or bus them out for field trips to the beach or the mountains.

Unfortunately, with the kidnappings so prevalent now in Haiti, leaving the orphanage has become a rarity. Our staff members only go out for essentials.

And the kids never do.

This has tightened our summer like an inhaled breath. We are locked inside, where the daytime temperature almost never drops below 93 degrees. Still, the kids come up with any number of ways to amuse themselves.

Remember relay races? Well, they still excite in Haiti, especially little kids. The old “pass the ball over your head and under your legs” is a particular favorite. Carrying a tiny ball on a spoon also works. And when all else fails, a straight out “Who’s the fastest?” brings cheers.

We also try and break the heat with indoor summer classes. Over the years, we have taught everything from macrame to auto repair to Portugese to violin.

Kids also get into different games they can play on the concrete. One summer, street hockey dominated. Another it was makeshift tennis. Water balloons. Sharing two bicycles. Climbing the kenep tree and throwing the small fruits down.

Anything to fill the long, hot hours.

They said they’d been to many other orphanages, and ours was the first where the kids seemed content, happy and at peace.

But as I’ve mentioned, we can feel the walls closing in on us. With a growing population of kids, our third-of-an-acre concrete rectangle feels smaller and smaller.

A few years back, we met a Haitian couple who ran a commercial construction company. Their names were Jean Marc and Verena and we became good friends. They visited with our kids and expressed their admiration for the way we ran our small place. They said they’d been to many other orphanages, and ours was the first where the kids seemed content, happy and at peace. Whether they were being factual or just being nice, we appreciated that observation.

And, because they are in the building business, we began to speak about expanding the orphanage. Building on top of what we had. The footprint is what it is, but perhaps going up another floor, growing vertically, could give us more space and more facilities for the kids?

[Video: playing in the kenep trees]

We drew up plans. We drew up more plans. We kept coming up with more needs, more space, more rooms. And of course, it was going to cost more money.

Then, one Sunday morning, our friends swung by the orphanage and asked if we could come with them for an hour. In a car driven by two bodyguards, we ventured out to a property on the border of Canape Vert and Turgeau, only about 25 minutes from where we are but up the hill and in a safer neighborhood.

We entered through gates and immediately felt as if we had entered a different world. Trees and colorful vines lined the pathway in. We came upon an open area, with a beautiful, grand white house sitting proudly on a hill.

“This is where I grew up,” Verena said.

We walked around for half an hour. The trees were so huge it felt as if they’d been there for centuries. The beautiful property was occupied by an NGO that was renting the buildings, so there were many people working there. Still, I was struck with how open and airy the whole place felt. It was even cooler than where we lived.

We had no idea why Jean Marc and Verena had taken us there, but we all agreed it was a spectacular site. We left and went back home. We grabbed some water and shared it with our friends.

“So did you like my old home?” Verena asked.

We enthusiastically said yes, we loved it. What a place.

Which is when the two of them smiled and said, “Well, we think it should be your new home. We want to sell it to you.”

And our jaws dropped.