Swimming in new waters, and learning to accept change

Is it ever easy to jump into something new? 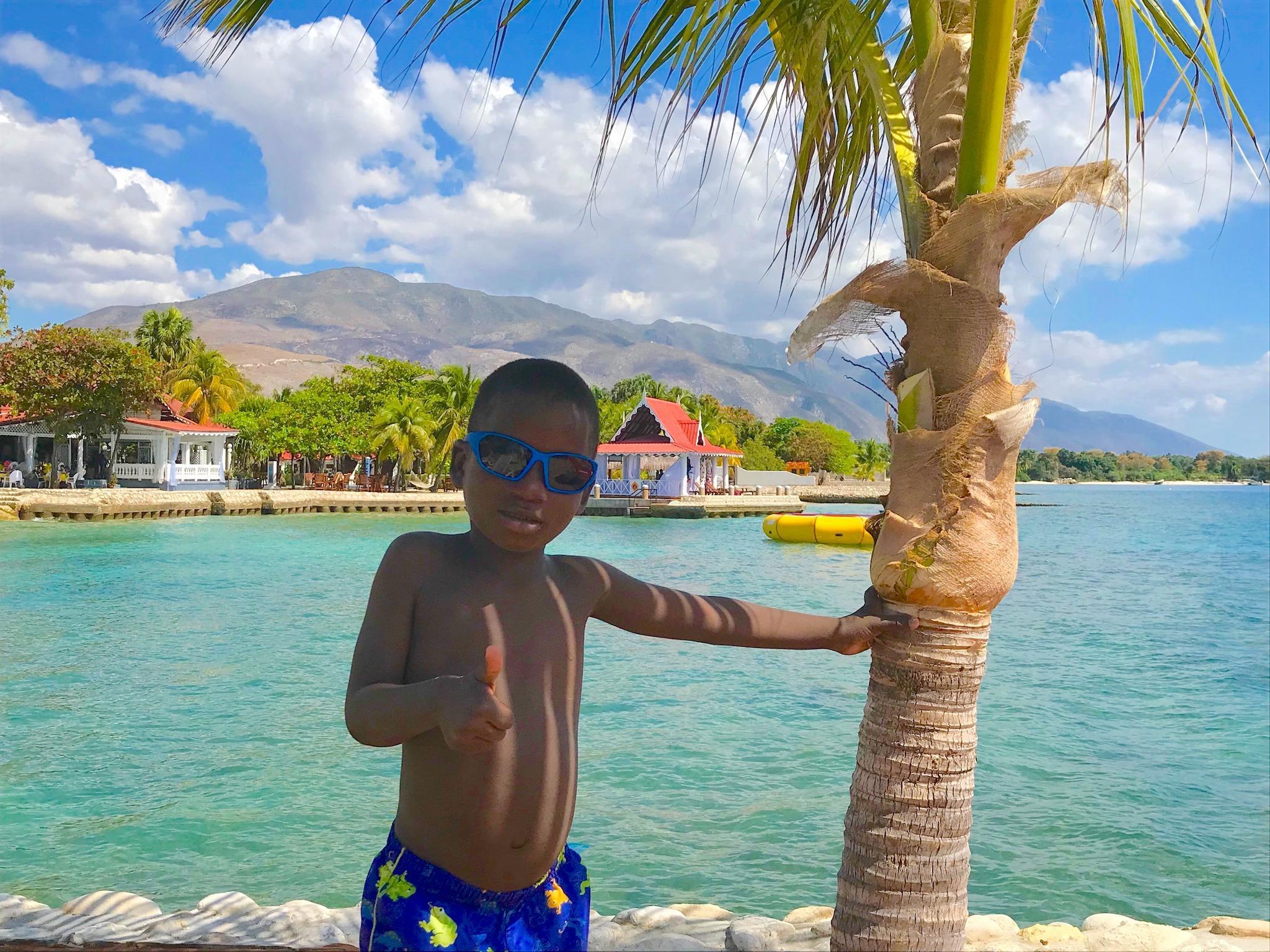 PORT-AU-PRINCE — When I was a kid, my family moved three times before I was two years old.

I don’t remember any of it.

What I do remember is our colonial style house in New Jersey, on a block of trees, two houses from the corner, four blocks from a school, a right turn and a left turn away from our favorite pizza place.

Home. We lived there for 15 years, until my junior year in high school, when my parents announced that we were moving into the city of Philadelphia.

What are you talking about?

But we’re selling the house.

The truth is, I was scared of change. I always had been. Didn’t like new clothes. New schools. I remember having a guitar teacher whom I really didn’t click with, didn’t like his methods, didn’t like his personality. But when my mother suggested we find another one, I objected. “No, no, don’t! He’s fine!”

Change was scary. And moving? Well. We’d never done it. How do you just take all your stuff and put it someplace else? Leave all your friends? Move your bed? Alter the view from your window? Lose your knowledge of the streets? Which family lives where? Which potholes to avoid with your bicycle?

How do you call someplace new “home?”

New for me, too

Flash forward four-plus decades. Here we were in Haiti, at the orphanage in Delmas 33, the place I had visited just weeks after the 2010 earthquake, the place where I fell in love with the kids, the place I had taken over a few months later and had been operating for the last 12 years, coming every single month until my passport needed new pages.

It was the only place I’d ever slept in Haiti. More importantly, to many of our kids who arrived at early ages, it was the only home they remembered.

Now we were talking about moving.

And it was still scary.

But the alternative was too good to pass up. Our friends, Jean Marc and Verena DeMatties, had offered to sell us Verena’s childhood home, which sat on nearly seven acres of wooded land, about 20 minutes away from where we were. It was a place where the kids could run. Could feel grass beneath their feet. Could pick avocados and mangos.

It was a place that had – hold your breath – a swimming pool.

Swimming has always been a luxury for our kids. It is so hot in Haiti, you could swim every day of the year. But visiting a pool was, at best, an annual thing for our group. They waited month after month until we cobbled together the money for two busses, drivers, baskets of food and a trip to a beach club, which also had a pool.

The kids got so excited, they didn’t sleep the night before. They had their bathing suits on by breakfast. It was always one of the happiest days of the year.

And now they might be able to do that regularly?

Janine and I went back to the property multiple times. We walked up into the thick trees. We surveyed the parking lot, currently occupied by a large NGO. We checked out the existing buildings.

“That could be the new school,” I said.

“That could be the new dormitory,” Janine said.

There was a structure that could be converted to guest quarters. An area for storage. And a large white house which could hold the kitchen and the dining room.

“Sight lines,” I said. “Sight lines are the most important thing.” How could we see all the kids from one spot? In our current place, it’s easy. You just walk outside and can survey pretty much everything.

But a place this big? How could we ensure that no child walked off, broke from the group, wandered into the thick trees?

“We can cut trees down,” Jean Marc said. “We can level the ground. Whatever you need to see, you can see.”

They had given us a price. It was expensive for us, but it was fair, given the property. They also agreed to let us pay it out, so we could try and raise the money over time.

Janine and I looked at that swimming pool. I began to form an idea.

“What if we told the kids we were taking them for a pool party (which, thanks to Covid, we hadn’t been able to do in two years) and we brought them here to swim, and at the end of the day, we asked them if they wanted to live here?” I asked.

Imagining that moment may have been the nudge that pushed us to a yes.

In any case, we ultimately agreed. We started the paperwork. And when we came back to Delmas 33 that day, we were changed. We knew something the kids didn’t. Maybe we felt like my parents did 40-plus years ago, when they were planning to break the news that the old house would soon be home no more.

I hoped that none of our kids would cry, object, say they weren’t going, they were going to rent their old rooms from the new owners.

I thought about the swimming pool. And somehow, I don’t think that will be a problem.