What it means to be the young and dedicated Haitian director of the orphanage. 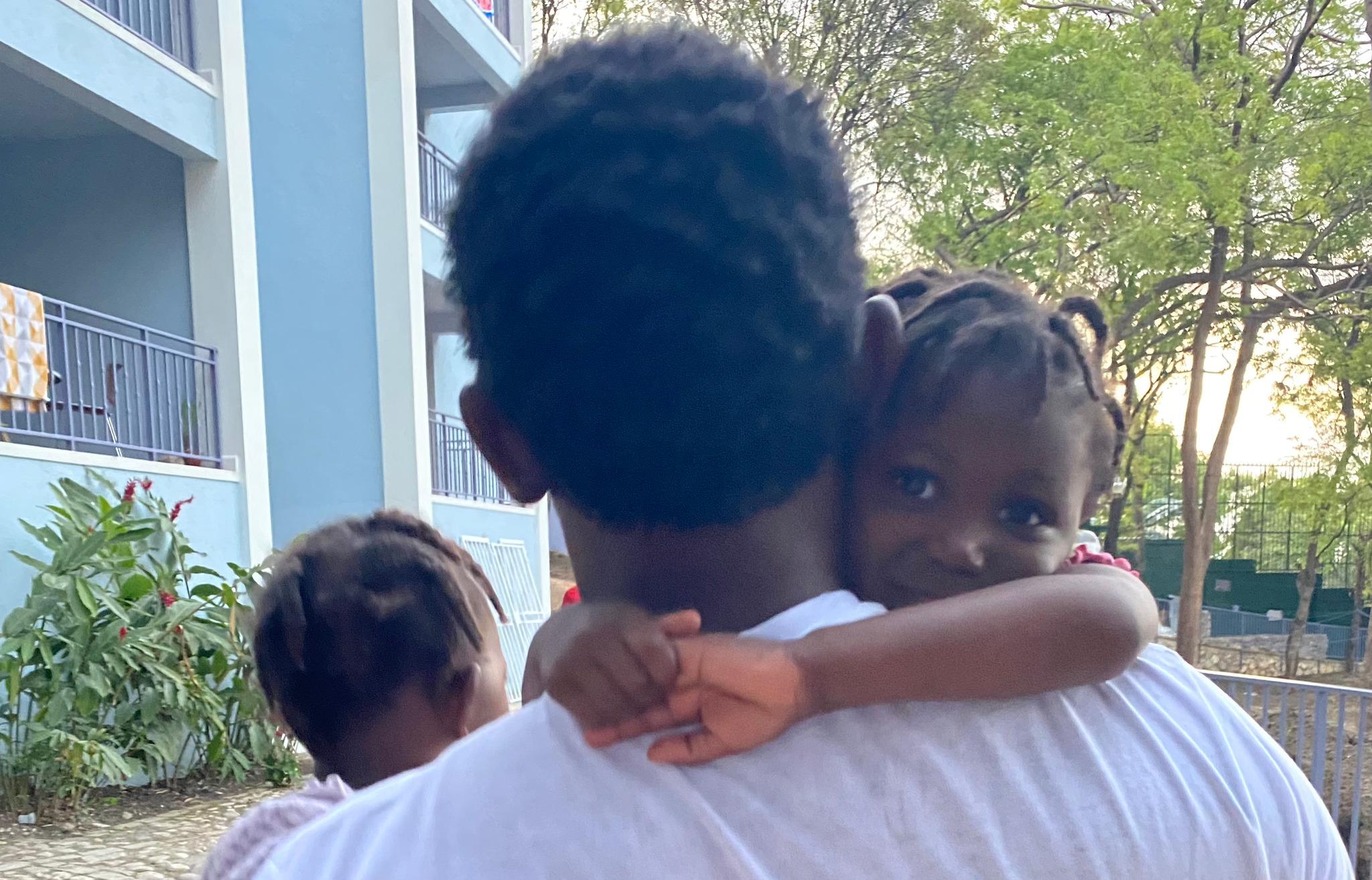 Usually, in this space, I write about the children of our orphanage. Today I want to write about an adult.

His name is Yonel Ismael. He is also, technically, a child of the orphanage. But that was a long time ago.

The oldest boy in a family of 10 children, Yonel was brought to Port-au-Prince in 1989 from the coastal town of Mirogoâne. An aunt had heard about an orphanage there that would take him.

Scared and by himself, Yonel searched for his place amongst the other kids. He could have been withdrawn or resentful. But that was never Yonel’s nature. Instead he followed the rules, he went to school, and eventually, while never leaving the orphanage, he graduated from an English language high school. He then decided he wanted to be a preacher and enrolled in a theology college.

On January 12, 2010, Yonel was headed for classes there when someone called about a car for sale. It was available. Could he come and look at it? Yonel, not usually one to play hooky, said to himself, “Well, it’s just one day…”

So he skipped school.

A few hours later, the ground began shaking. It was a massive 7.2 scale earthquake that would kill nearly three percent of Haiti’s population. Yonel’s theology school collapsed and was destroyed.

“Thirty of my classmates were killed,” he recalls, still stunned at the memory. “They were the ones sitting in the back, which is where I always sat. If I had gone to school that day, I would be a dead man right now.

“I knew right then that God had a plan for me.”

He just didn’t know that plan would take him back to where he started.

All that he does

This is where we came in. Shortly after the earthquake, I began visiting the orphanage, and took over its operations later that year. At the time, I knew Yonel from the Sunday church services. He was a thoughtful preacher who always came well-prepared for his sermons. He was also a gentle soul with a love for children that was as obvious as the Haitian sun.

In time, we began to give Yonel more responsibility. Then more and more. When the previous director departed, Yonel elevated to the job.

He is now our top person on site. Our Haitian director. Let me tell you what that means.

It means, on a daily basis, Yonel has to deal with every aspect of 55 children and 35 employees. It means decisions, directions, sacrifices and choices.

It means scooping up a wandering two-year-old and comforting a crying eight-year-old. It means shopping for enough groceries to feed 100 people per meal. It means regular visits to the bank where he runs a risk, every time, of robbery or kidnapping. It means waking up in the middle of the night and rushing a child to the hospital.

It means making sure the security guards are vigilant. It means assuring the maintenance men are trimming the trees. It means pulling out a wad of money to pay the water delivery guy, the produce delivery guy, the exterminator, the electrician, and the guy who comes to fix the generator which seems to always need fixing.

It means finding passports for children who need medical treatment in America and navigating early morning traffic to get to the U.S. embassy when it opens.

It means going around the country with me, interviewing people with children who need a home.

It means translating constantly from English to Creole to French.

It means rarely getting enough sleep.

It means worrying about every little noise, every crying child, every groaning machine and every flat tire. It means you are the man to see when there is a man to see. It means when every problem arrives, big or small — tag, you’re it.

Why do you do this?

“Because I love it,” he said, without hesitation. “It’s my passion. Working with children. Helping people. That’s my purpose in life.”

It is not without a price. Yonel, a strapping, handsome 38-year-old, could easily be leading an active social life in the city. Instead, his bedroom is in the middle of 50-plus children. He almost never goes out at night, because nighttime is when we do devotions and after that, well, what if something happened?

He wants to be married and have children of his own, but he knows any future wife would have to accept a life amongst dozens of orphans. That eliminates a lot of people.

Still, Yonel is undeterred. He is honorable, honest, humble and devout. He still leads our Sunday services, despite all his other responsibilities. From the day he decided to play hooky from studying God, he has given God credit for saving his life — and providing all the extra days he now has on this earth.

I have met many selfless people in my journey through the philanthropic world. They give money. They give advice. Yonel gives something else. He gives himself. Here’s to a life that was turned over to others, that narrowly escaped death, and that found its purpose in the smallest and neediest of children, just as he once was. Yonel Ismael has not left the orphanage in 33 years. We are all the better for it.

Donate to support the work Yonel has dedicated his life to.

What readers are saying about “Life at the Orphanage”

Your stories touch my heart, put a smile on my face and I can actually see and hear those faces!! — Kristen B.

I cannot imagine what it must be like in Haiti, but each time I read about the trials and tribulations the Haitians endure I have a much greater appreciation for the everyday things that we take for granted. — Pat S.