Labors of love at the Have Faith Haiti orphanage

In gratitude to our staff and all that they do to keep the place running. 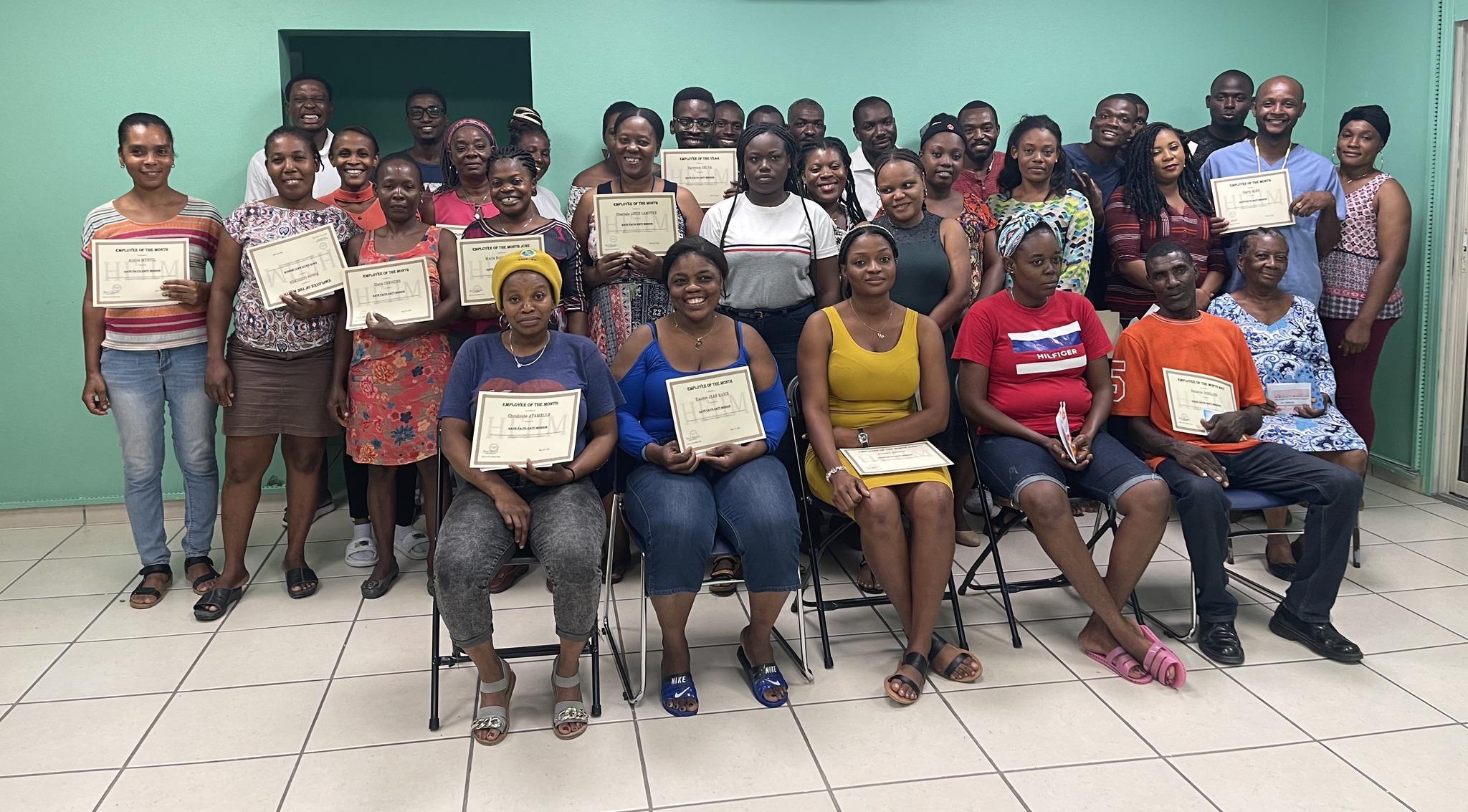 It consumes so much of our lives, you’d think it’s the one thing we all can relate to.

But here at the orphanage, what constitutes work is a different animal than what we often witness back home. It’s not zoom meetings in shorts and T-shirts, telecommuting, high finance, or fretting over a screenplay. The orphanage requires a unique level – and quantity – of commitment.

So, with Labor Day nearly upon us, and our big move to the new facility nearly here, I wanted to spend this week’s chapter focusing on the work it takes to run an orphanage every day for nearly 60 children. The behind-the-kids faces. And the intensity of labor that our Haitian staff – and so many Haitians around the country – put in on a daily basis, at salaries for which Americans would not even get out of bed. (Haitian workers minimum wage is less than five dollars a day.)

Let’s start with what it takes to keep the orphanage operating. We have two men, Adima and Petit Papa (translates to Little Daddy) who are our “go-to” operations men.

What does this mean? Well. They do everything: unloading the water truck, checking the pipes, finding brooms, carrying storage boxes, stocking the cleaning supplies, fueling the generators. Their list of tasks is as endless as their days, which start early and end late.

We also have a trio of groundskeepers, who maintain the earth and the trees and sweep the grounds constantly with brooms whose scattered bristles are held together by rope. They will climb trees to machete branches, clear fallen leaves to make paths, chop rocks and boulders that are dangerous to our kids, and wheelbarrow trash whenever it builds up.

Our cleaning staff consists of four women over seven days, who keep classrooms, bedrooms, staff rooms and bathrooms spotless. They broom. They mop. They wash, wipe, dry, and do it all over again. With dozens of children constantly racing across the floors, often with rainwater and mud on their shoes and feet, you can imagine.

If that seems like a pretty good support staff, well, we ‘re just getting started. How about the food? That is overseen by our kitchen crew, led by our proud and accomplished cook, “Chef” Harry, who used to prepare meals for hundreds of government workers at a time and now delights in feeding dozens of children. He is busy from morning until night, overseeing the produce, the fruits, the rice and beans, cooking constantly in a tiny kitchen over three propane burners, and making due with whatever he has. We have seen Chef Harry stretch corn flakes and peanut butter into Biblical portions.

And when the food comes out, the kids are guided to their seats by our staff of nannies, which currently number 14. These women work day shifts and night shifts. They sleep with the kids, rise with the kids, dress the kids, take the little ones to the bathroom, change diapers, supervise games, soothe the criers, scold the teasers, teach songs, prayers, games, lessons. They are the eyes and ears, the gentle caress and the wagging finger. In the absence of mothers, they are the love, warmth and supervision that all children crave.

But the labor force doesn’t end there. We have two nurses, Ms. LaRose and Ms. Nydie, who rotate and regularly administer vitamins, medications and medical guidance.

We have a driver, Anthony, who braves the traffic and the streets – an increasingly dangerous task these days in Haiti – to pick up supplies, shop for food and deliver guests.

We have a supervisor, Mr. Sonson, who oversees various staff, files reports, keeps charts and is generally is the eyes and ears of the facility.

And we’re not even counting our teachers, administrators or volunteers.

Every one of these folks is part of our family. The kids know them, joke with them, play with them, hug them. Many of them lived with us during Covid, locked-down inside the orphanage for nearly two years. They only got to see their own families occasionally and had to isolate afterwards.

Most of the indefatigable folks have to walk long distances or take tap-taps or motorcycles just to get to our place. None of them drive their own car. The extreme heat, the torrential rainstorms and the endless dangers of the streets are all things they have to confront every work day just to reach our front door. They do it tirelessly, and without complaint.