How accepting new children to the orphanage begins with a journey

It's the hardest, and most important, thing we do. 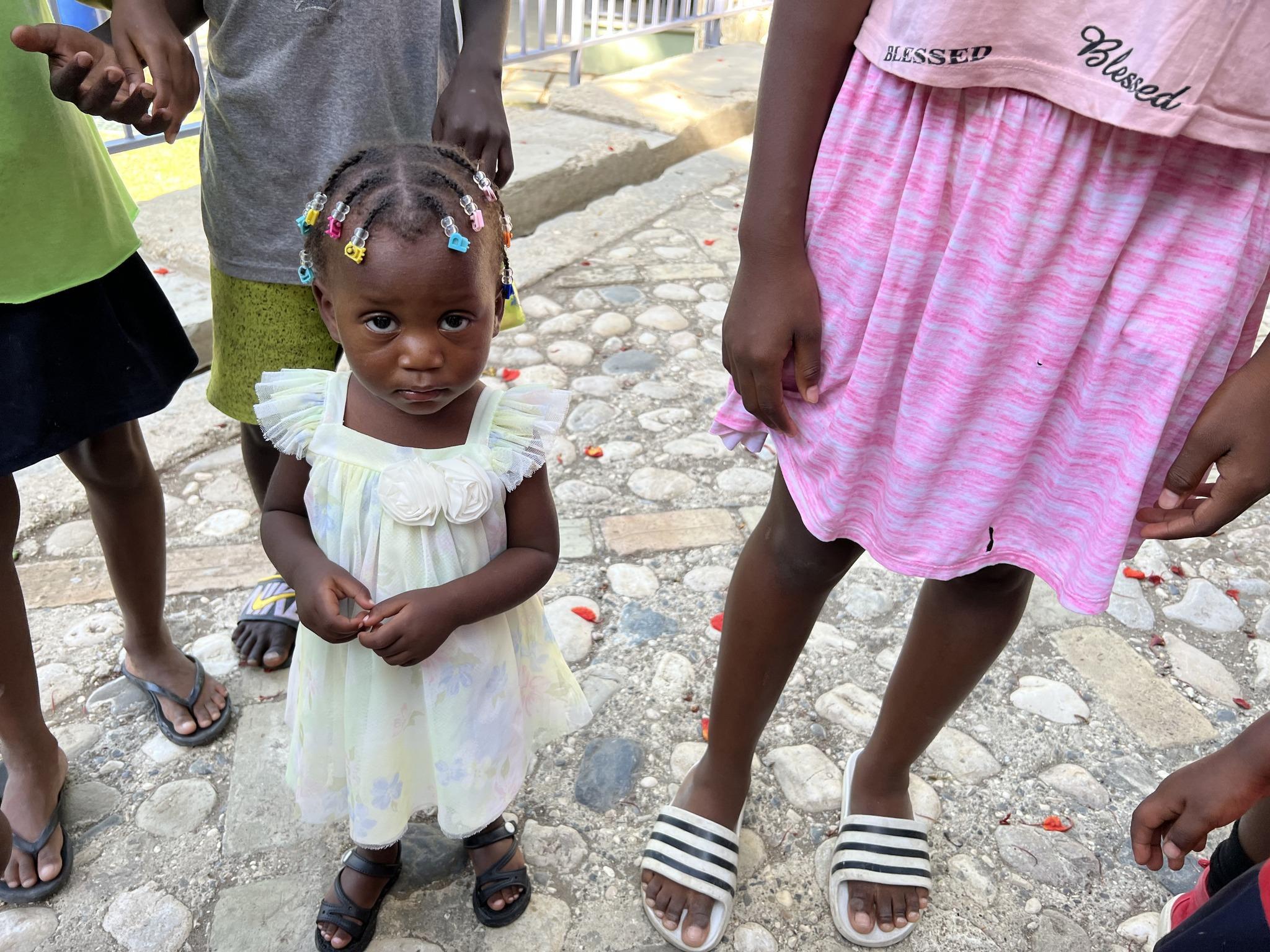 PORT-AU-PRINCE — Amidst the excitement over a new property, our focus turns to new children.

Almost every summer since I have been operating the Have Faith Haiti Orphanage, we admit new kids. I have written about the process before.

Today, let me write about the journey.

It begins with a trip by Yonel, our intrepid Haitian director, out to various locations around Haiti. This year, Yonel was aided by Siem, one of our graduates now attending Madonna University, who has returned home for the summer to work with us.

The two of them journeyed west a few weeks ago, flying in a cramped commuter plane out to small villages in the Mirogoâne and Les Cayes area. Both men are familiar with pastors, community leaders and families there. They arrived with a simple question: Are there any children here in need of our orphanage?

The answer was yes.

The answer is always yes.

The harder question follows: which children can we take in, and which can we not? Yonel and Siem did the first whittling of the list. They told the communities we could only consider children with no living parents, or one living parent enduring dire circumstances. If the child was in a secure home – meaning a solid structure owned or rented by the family – then we also could not consider them. It is part of the Solomonic process under which we must decide our new entrants.

It never gets easier. Families beg us to take their children because they cannot feed them, they cannot clothe them, they have no chance of giving them an education in a country that charges tuition for public school, tuition poor people cannot afford.

We say “no” far more than we say “yes.” It is the backdrop of heartache that shadows every new admittee.

Once Yonel and Siem identified potential children, they returned and scheduled a second visit with me. We arranged for the kids and their guardians to meet us in an outdoor pavilion 30 minutes from the Les Cayes airport. We ordered a vehicle, sandwiches and drinks for all, as we knew from experience it would be a long day.

In the past, I have spoken through interpreters to let the people know who we were and what we do. This time, after years of Creole study, I attempted to speak myself.

I think it went ok. Every few minutes, I would stop and ask “Eske nou konprann mweh?” – do you understand me? They nodded. So I continued. I spoke about our philosophy, our school, the fact that we never adopt children out, so they could come and visit and the kids would always be there.

This brought sighs of relief. One huge fear Haitian families have is that orphanages will take their children and ship them away. Even sell them. Sadly, this has happened.

We assured them that was not our operation. We showed photos of our location. We played videos. Over the last 12 years we have been to these communities before, so many people there know and trust us. It makes a huge difference.

After my labored Creole speech, we got down to the business of interviewing. This is the hardest part of all. One by one, a child and his or her guardian sat across the table and we asked the same questions:

Why do you want to give us this child?

How has he or she been living?

What has he or she been eating?

Who does he or she sleep with at night?

What is the medical history? The vaccination history? Who else lives in the home? Has there been any schooling? Has the child been hit? Abused in any way?

Through these questions, we hear the stories. They were heartbreaking. One child had been bounced from place to place and ate once a day. Another had been raised in a shelter and has been sick for months. Another lived with the grandmother because the mother died and the father disappeared.

As they spoke, the children, sitting in the laps of their guardians, woofed down the sandwiches that we gave them. They ate aggressively, their hunger sadly apparent.

I will spare you the sad details of those we could not take and focus instead on those we welcomed.

There is a two-year-old boy named Dada, brought to us by his grandmother. She explained that his mother, who was just a teenager when she gave birth, ran away and is living elsewhere in the country. The father is unknown.

There is a little girl named Mylove. Yes. Mylove. Two years old, with colorful clips in her braided hair. Her mother passed away from an illness earlier this year. Her biological father “refused to acknowledge this was his child” according to the child’s grandmother and has not been seen since Mylove’s birth. The grandmother lives with nine other people in a single dwelling with no indoor plumbing.

“I cannot take care of her,” she said. “The child deserves a better life.”

There is another little girl named Luxsi, a precious infant just 18 months old. Her father died in a motorcycle accident and the mother, with five other children, has no place to live.

These four were chosen, after much deliberation, for trial admittance. Which meant we loaded them in a car and drove to the tiny Les Cayes airport. We brought a couple of the people from the village with us, so the children would feel more comfortable. And we crowded onto a small plane for the 30 minute ride back to Port-Au-Prince.

When the van pulled into the orphanage, our kids were already gathered in a curious huddle. They rose to their toes to peek inside the windows. When the doors opened, they all but mobbed the new children, and we had to remind them to be mindful of their space, that this was all brand new and clearly overwhelming to them.

But, as always happens, it didn’t take long to acclimate. These new faces have been here two days now, and already they are in a routine. They eat with gusto, they wear clothes handed down from the previous young admittees, and their feet barely touch the ground, because the older kids can’t wait to hold them.

It is an extraordinary transition, from extreme poverty to needs fulfilled, from cramped shacks to a clean and well-lit dormitory, from sleeping on the dirt to having their own bed, from familiar faces to a sea of unknown ones – all in a single day.

We cannot fathom what goes through their young minds. But we look for smiles and thankfully we see them, and we exhale at the completion of one long, tedious journey, and the start of yet another.