Home makeover: rebuilding the heart of the orphanage on a new property

Recreating the gazebo where we've shared so much of our lives, always together 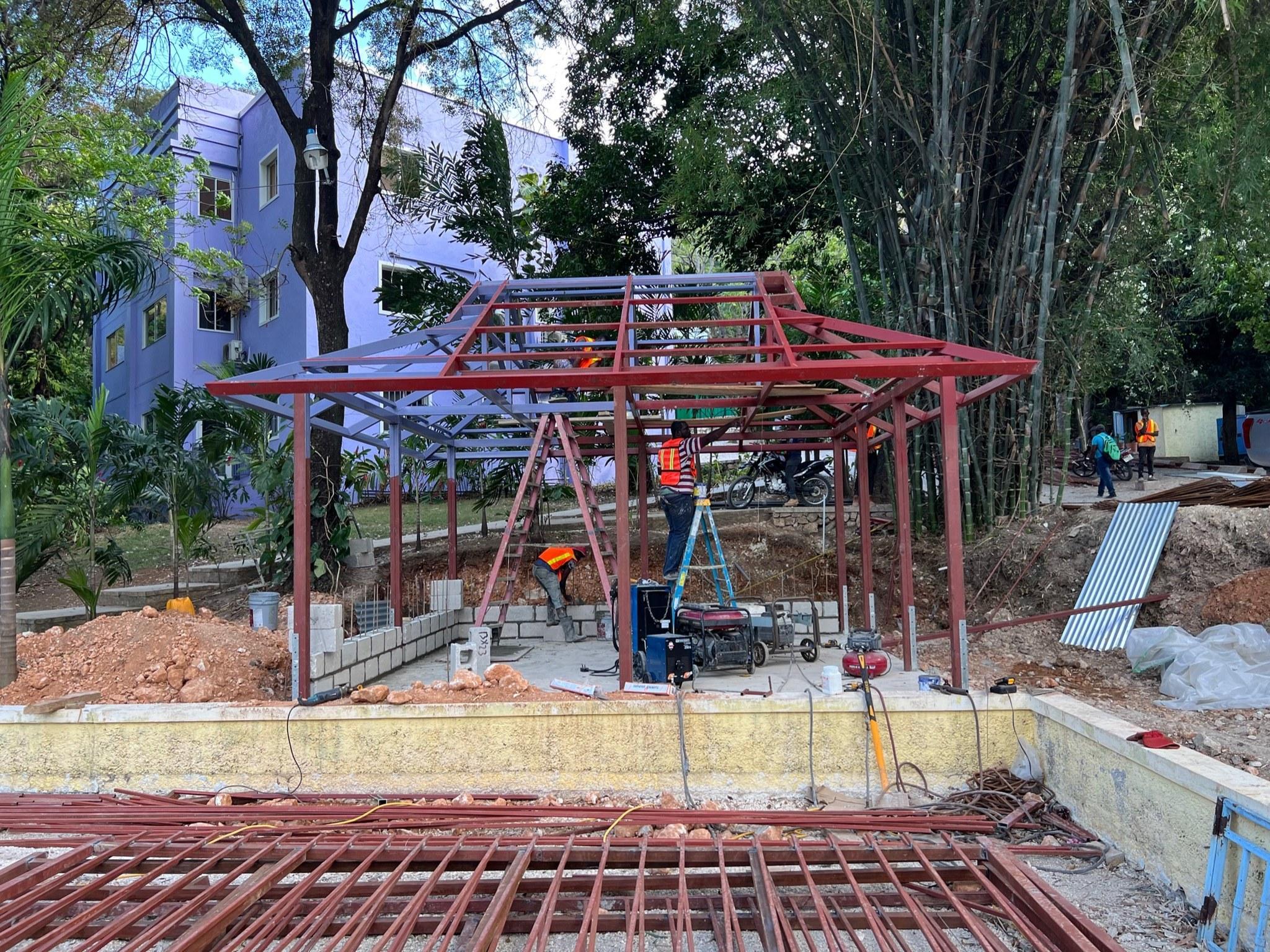 PORT-AU-PRINCE — Everything needs a center. A cell. A circle. A family.

For all the years I’ve been operating the Have Faith Haiti Mission, that center was always “the gazebo,” a fancy sounding word for, well, a gazebo, but not the frilly kind you associate with a manicured park overlooking a lake where couples take their wedding photos.

No, our gazebo is large and functional, with concrete on the bottom, welded iron bars around the edges, grated benches for seating within and a tin roof up above that makes a loud drumming sound when it rains.

But, oh, the memories that gazebo holds. It is our escape from the heat, our shelter from the storm, our gathering place for announcements, celebrations, and, most importantly, our nightly devotions.

It is honestly where I first fell in love with the orphanage, watching the kids in the aftermath of the 2010 earthquake collect nightly inside the gazebo and sing hymns, prayers and worship songs, holding hands or banging drums and singing, singing, loudly and boldly against the still-settling dust of a ruined nation.

I was looking at the gazebo as I contemplated our upcoming move to a new location.

And I realized we couldn’t go anywhere without one.

The gazebo was where our kids were handed their birthday cakes, and, wearing the “birthday crown”, smiled through their embarrassment, as the others sang, “How old are you now? How old are you NOW?…”

The gazebo was where I sat each month distributing small toys to our little kids, and watched their glee at receiving them.

The gazebo was where our children danced and listened to music and did their familiar hand-clapping game, patting palms in a large group and chanting “Cola…Cola-Orange…”

The gazebo was where new volunteers stood up and said a few words to the kids and staff. And where teenagers took turns making speeches about what they learned at church.

The gazebo was where our smallest children lay on blankets for naps, away from the brutal Haitian sun.

The gazebo was where we gathered for all the holidays, and where I once sang “What Are You Doing New Year’s Eve?” to my wife, Janine, and kissed her as the kids squealed with mock horror.

The gazebo was where soccer balls were kicked and balloons were hung and small stones were scooped up in a local game. Where thank-you cards were written and board games were spread out and heart-to-heart talks were held between staff members and kids.

The gazebo was so constantly used that we had three different floor surfaces during the last 12 years – concrete, then indoor-outdoor carpet tiles, then vinyl, which is now peeling away dramatically, leaving large empty patches on the floor.

Still, as with an old friend, the wrinkles mean nothing. It’s the constant comforting presence that you love. The heartbeat of the operation. The center of all things.

I looked at it one night, empty, quiet, sturdy, old.

And I knew what I had to do.

I contacted the people we were buying the new property from and told them we needed to build a new structure before we could move in. A gazebo. When they asked “What design do you want?” the answer was easy. “Just look at what we have now and recreate it.”

In the center of everything.

And that is what happened. Construction began, first with a concrete pad, then with wrought iron bars, eventually with a tin roof. As it rises, it looks more and more like the old gazebo. And I start to feel more relaxed.

I want them to gather for devotions every night in the same four cornered square that they always have, and sing their gratitude to the night sky.

Everything needs a center. When the new gazebo is complete, our earth will find its axis, our gyroscope will be oriented, we’ll have a place to put our feet that is new and old at the same time.

And then we call the buses.