Hello, I must be going: packing for college 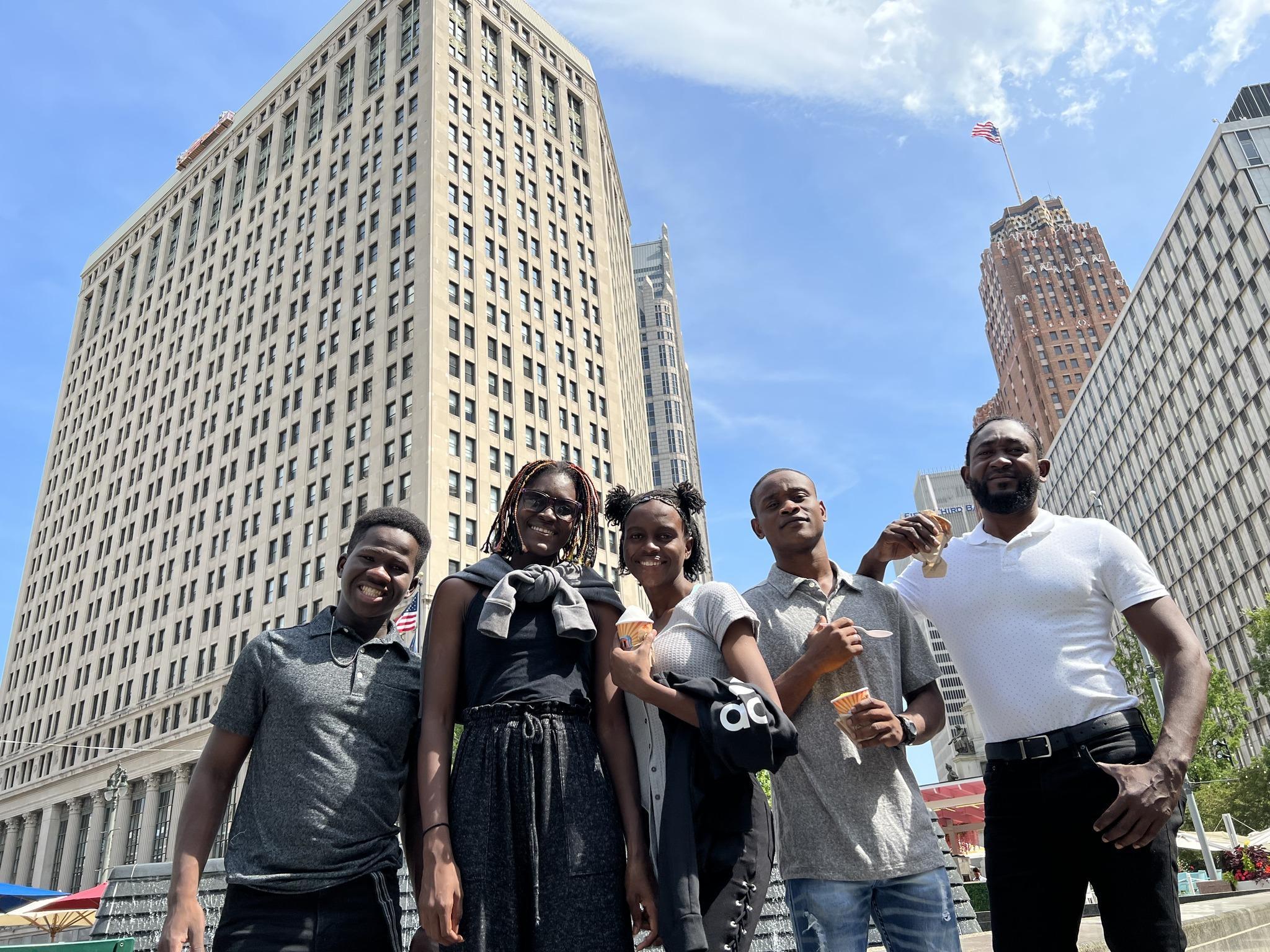 PORT-AU-PRINCE — The sun rose hot, like most mornings here in Haiti. But it wasn’t just another day. Four of our kids, two of whom had almost never set foot outside of Port-au-Prince, were leaving us, leaving their home, leaving their country. College was calling, and while they were happy to be starting a new chapter, you could feel a heaviness in the air.

You say goodbye, and I say hello. At a time when we were making maneuvers to a new home, during a week when we took in five new small children, our oldest kids were moving on. Kiki, 20, Samanza, 19, J.J., 18 and Esterline, about to turn 18, were due in America to begin their freshmen years at Hope College in Holland, Michigan. Each of them were each given a gift they never needed before — a piece of luggage; a roller with wheels and an elongated handle.

“Fill it up with the things you really want to take from here,” I told them. “The rest we can get in America.”

They dutifully returned to their rooms and began a strange and unfamiliar exercise: packing.

Nearly 50 years ago, Gail Sheehy wrote a book called “Passages.” It became hugely popular, because it spoke about the turning points in various decades of our lives. I remember reading it as a teenager and wondering if all these passages would ever apply to me, or were they just for, you know, grown-ups.

Then, very quickly, I starting growing up. And I realized the concept of passages was true. Some we all go through.

Here, on a hot, summer Haitian morning, a familiar passage was being foisted on a quartet of our precious kids.

Now, never let it be said that the Have Faith Haiti Orphanage is short on ceremony. We mark our milestones. So the night before the four kids’ departure, we gathered the entire orphanage together, and one by one, each child stood and said something they were going to miss about the departing seniors.

“Kiki, I’m going to miss your lame jokes,” someone said.

“Samanza, I’m going to miss the way you took care of me when I had problems.”

“J.J., I’m going to miss arguing with you over everything.”

There were laughs and sighs. And when it came time for the graduates themselves to speak, they choked up. No surprise. It was their first farewell speech. Who prepares for that?

Kiki spoke about how he’d miss the soccer games and J.J. spoke about missing the verbal sparring, but they all spoke about how they would never forget the orphanage, and how wherever they went, as Kiki put it, “you will be with me.”

Finally, we got to the fun part. I put together a montage of photos and videos from their youngest days to the present, and we showed it on a screen. The kids howled with laughter at the early shots of J.J. with a shaved head and a huge smile, or young Kiki with a squeaky voice telling the camera who he was, or Esterline dancing, or Samanza, small enough to be held in my arms. (She now has to lean over to hug me goodnight.)

When the presentation ended, we put the little kids to sleep and we let the teenagers watch a movie off a computer. I suggested to them something I never suggest: stay up late, talk, laugh, remember your good times, don’t go to sleep until you absolutely have to. Cement your friendships forever. Make this last night count.

Look to the skies

One of my all-time favorite movies is American Graffiti, which takes place in a single night in Modesto, California, between a group of kids, some of whom are set to leave for college in the morning. As the hours pass, they try to do various things they never did before to make the night count.

There are few such options in a Haitian orphanage, so our kids just stayed up and talked. And the next morning, when the cars arrived to take them to the airport, all their orphanage brothers and sisters encircled them. They hugged for a long time. Some cried. Then the quarter rolled their new pieces of luggage across the pavement and lifted them into the vehicles. The gate opened, the cars pulled out, and the place they had called home since they were small was suddenly disappearing in the rearview mirror.

As I travelled with the graduates, I wasn’t there to see the reaction of the other kids when the cars left. But I was told a funk fell over the population, as if they couldn’t believe what just happened. Samanza, Kiki, J.J. and Esterline represent the largest exodus we have ever experienced from our precious little group. And those four were the leaders of the boys and girls, the ones who set the tone, the ones the others looked up to.

I have written about a sense of abandonment that haunts every orphan, how it lays behind all their greatest fears. But that is usually about adults leaving. Now, in a new passage for our orphanage, it was about other kids, kids who are learning that there is a conclusion to this process, that life awaits outside the orphanage gate.

The final scene of American Graffiti has Richard Dreyfus, looking out the airplane window and seeing a white Thunderbird, a car (and its female driver) that he had been pursuing all night but never caught up with. He smiles to himself, realizing, at that moment, that some dreams you just have to leave behind.

You say goodbye, I say hello. We are surely going through our passages right now at the orphanage. We look to the sky to see what comes next.