A ‘Summer Kickoff Rock Extravaganza’ for the ages 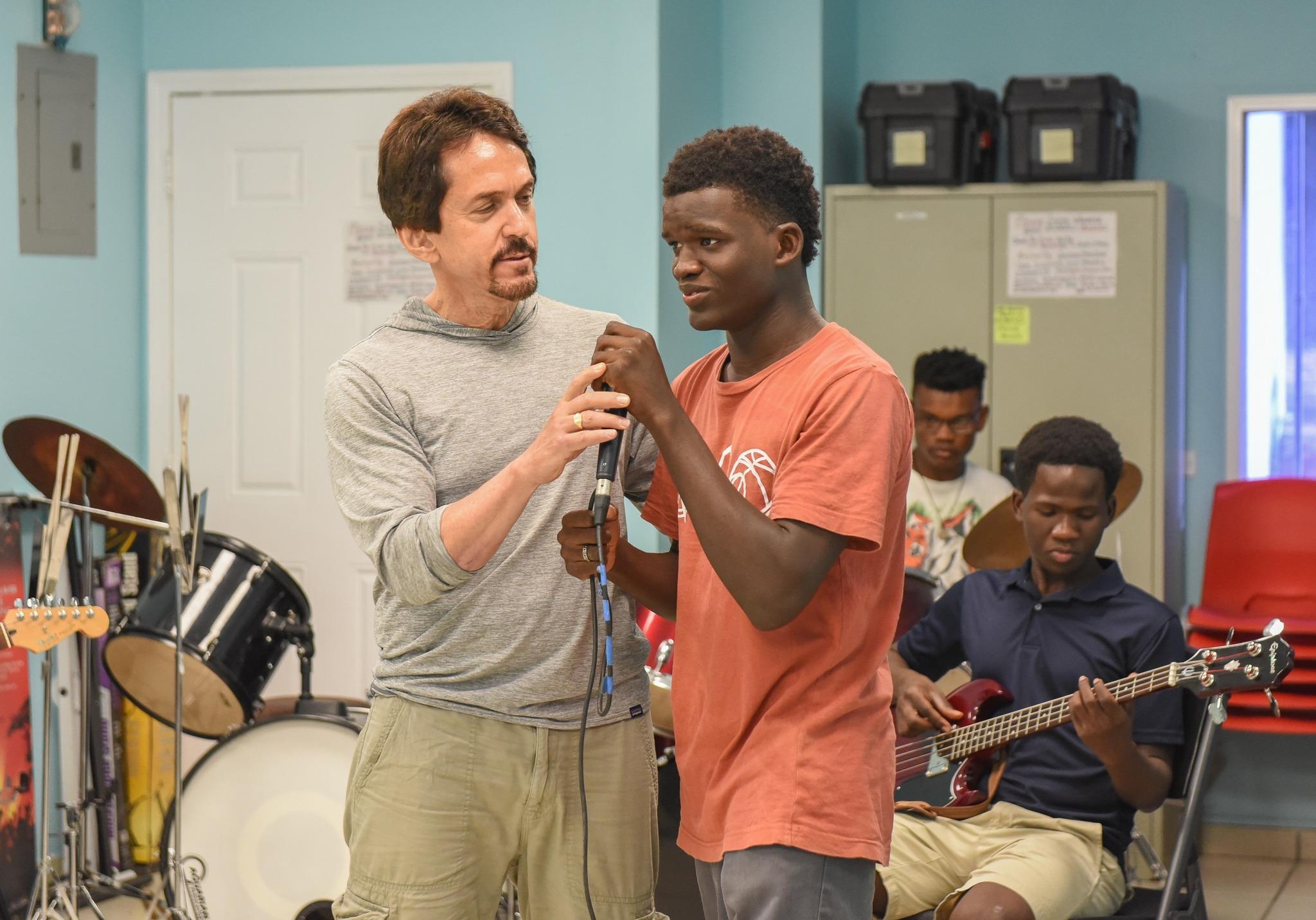 PORT-AU-PRINCE — I have been writing about our need to move to a new home, and there are developments on that front, and I want you to hear them.

But for today’s installment, a momentary deviation, because, as The Jamies once sang, “It’s summertime, summertime, sum-sum summertime”, and as Alice Cooper once sang “school’s out” and as Queen once sang, “We Will Rock You,” and so…let’s check in on the bands!

That’s right. It was time for another concert at the Have Faith Haiti orphanage, our Summer Kickoff Extravaganza, and the bands were in fine form, and there were new groups forming left and right.

Starting with the old favorites, The Hermanos Brothers, our band of brothers, the teenaged boys — well, their repertoire has grown pretty large. If they practiced hard, honestly, they could do an hour-long concert by themselves.

But our audience contains 2-year-olds and so attention spans are short. The boys decided on three songs, two new and one old.

For the new songs, they went with an anthem perfectly suited to young, hopeful voices. It’s called “Wavin Flag”, written by the Somali-Canadian artist K’Naan and turned into a huge hit as a fundraising song for Haiti after the 2010 earthquake.

When I get older

I will be stronger

The Hermanos Brothers attacked it with vigor. As usual, Appoloste and JU were out front singing (vocally, they have become the Lennon and McCartney of the group). Meanwhile, the ever-steady Louvenson handled the drums, Kiki rocked the electric guitar, J.J. smacked the electronic handclaps, Widley handled the synthesizer strings, Nahoum shook the shakers and Edney – back from college! – powered the whole thing with his bass guitar.

The result was strong:

As I began to teach the guys the chords, someone yelled out “J.J. should sing it!” Then someone added “Widley!”

Now you should know that neither of those two are vocalists. They shy to the back, find keyboards or percussion equipment. Widley is our violinist. I mean, how much further from singing can you get?

But as the boys yelled, “Widley! J.J.! Widley! J.J.!” the two of them surprised everyone by stepping to the microphones, grinning sheepishly. And as we launched into it, they did, too.

I thought love was only true in fairy tales

Meant for someone else but not for me

As J.J. and Widley powered through, I wish I could paint you the smiles. Were they great singers? No. But were they trying? Absolutely. Was it joyous? You bet. And the delight of making joyful noise is what teenaged bands are all about.

I mean, just listen to the crowd!

Let’s talk about the girls. Our teenaged band, Destiny 7, made up of our 7 oldest female students, went with two new songs as well.

Now, the girls tend to like low-key, soulful numbers. I sometimes have to point out that a Billie Eilish breathy ballad isn’t the most exciting thing for a concert at an orphanage.

But this time the girls went eclectic. They opened with “We Are the World,” singing all the various individual parts as one, unified voice. And then, much to my delight, they opted to do Joan Jett’s “I Love Rock and Roll.” For the normally reserved Destiny 7, this was like watching Janis Ian do Metallica.

Junie-Anna handled the bass. Djouna played the guitar part on a synthesizer. Louvenson and I helped out on the drums and keyboards, and the rest, like much of rock and roll, was attitude.

He also formed a singing class that spanned grade schoolers to grandparents. This group included volunteers, teenagers, and kids as young as 8-year-old Esther. They did three songs, finishing with a tune written by Dennis’ wife, April Tini, which has become our official anthem.

Have Faith Haiti Mission are we.

Brothers and Sisters one family

Sounding off our family tree

Have Faith Haiti Mission are we

The singers got a huge ovation. All the bands got huge ovations. The passion, the joy, the sheer dynamic energy of children making and enjoying music was loud enough to temporarily drown out the mayhem in the Haitian streets, the oppressive heat, the broken infrastructure, the poverty all around.

Music does that. Kids making music does that. It was as fine a way to kick off a summer as we could imagine. Joan Jett had it right. I love rock and roll. Who doesn’t?