A new leader among the “boss babies” emerges at the orphanage

She is a survivor of the 2021 earthquake in Les Cayes 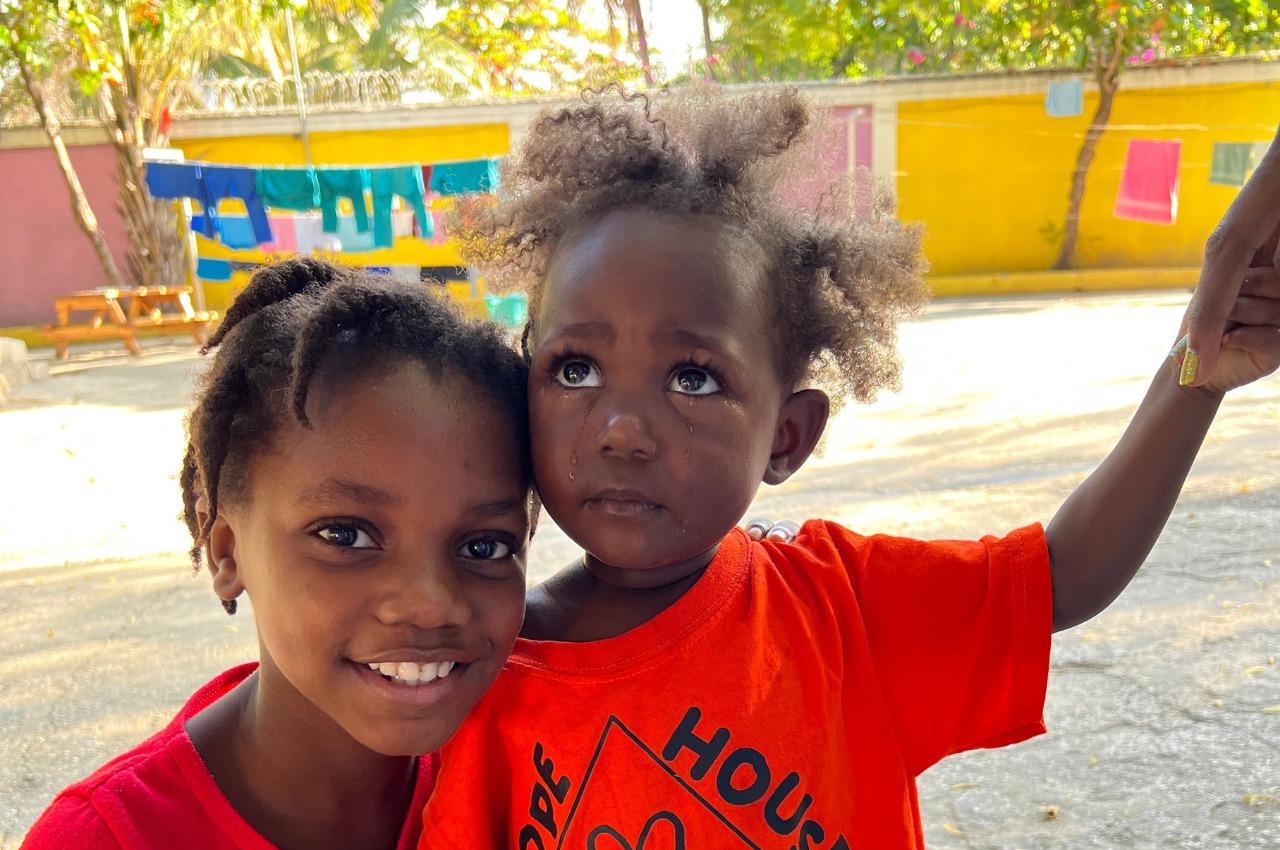 Top image: Stephania comforts Fabi, our newest and youngest at Have Faith Haiti

Youth has its privileges. Being the youngest child at our orphanage means your feet never touch the ground. The older kids, the nannies, the teachers and the adult visitors are all instantly lifting you up, carrying you, hugging you, making a fuss.

When a new young one enters the orphanage, everyone knows it. The child draws a crowd like a rock star in a parking lot.

For a while, our youngest child was Babu. Her grandmother had brought her to us not long after the 2010 earthquake, and had told us she was 2 ½ years old. That was pretty young for us back then, but her needs were great so we decided to admit her. Months later, when the grandmother finally brought us a birth certificate, we saw Babu was not even 2. But by that point, she was part of the family.

Babu grew up, as they all do, and relinquished the “youngest” title to Knox, who came to us when he was 3, a victim of brain trauma in his infant years. We all carried Knox and fussed over Knox, until eventually, Esther and Stephania came to us from hurricane-ravaged Jérémie. They were both just three years old, born a month apart, and the older kids scrambled from one to the other, showering them with such love that it explains the utter confidence both of them have now, at the ripe old age of 8.

I’m not sure who came directly after them, but I know pretty soon, Jerry took over. Jerry came to us through a staff member who knew the family situation, and asked if we could help. From the start, Jerry was so damn cute, a round face and hundred-watt smile, that kids would tag along behind each other, calling out “Jerry! Hey, Jerry!” and waiting for their turn to hold him.

Jerry got so used to the carry-around treatment, that it was a shock to his system when, at age four, his crown was snatched by some younger kids from Les Cayes, like Esteven Belcom, who, after much prodding, told us, in a terribly quiet voice, that his real name was “Jeff.”

Soon the new kids were getting the New Kids Treatment, and we’d occasionally see Jerry watching the parade go by, lifting his arms as if to say, “Hey! Yo! What am I now, chopped liver?”

Recently, the youngest kid title belonged to Djoulissa, a charismatic ball of energy is who now approaching her third birthday.

But the current leader in the clubhouse is named Fabi. She just turned 2 last month. She has big eyes and prominent ears and a sometimes-dazed expression, which is understandable given the whirlwind she has been through in recent months.

She comes from a village outside Les Cayes. Her father and sister were killed during the earthquake last August, her small home was destroyed. Her grieving mother, responsible for two older children, sought us out during a visit to the area. She knew of Siem, who was born in the area in the early 1990’s before coming to our orphanage as a young boy.

Siem is now in college in the U.S., and had gone with me to Les Cayes to help rebuild his mother’s house, which was destroyed in the earthquake.

Fabi’s mother, a tall, thin woman named Nadej, walked to the site of the wreckage with Fabi, then just 1 ½ years old, in her arms. She asked to speak privately with Siem, and then he translated for me.

“They had a house around here…it came down in the earthquake…a lot of them died…her mother, her husband, her daughter…she has two other kids…she doesn’t have a way to feed them…she wants us to take this one…she says she wants her to have a better life. She heard about me, and how I was raised at the Mission and the chances I’ve been given…She wants her daughter to have that…”

As she spoke, I noticed she had a small packed bag with some clothes in it.

“Is she asking if we can take her daughter now?” I asked Siem.

We had to tell her we were not equipped to do that, but that we would return in a few months after looking into the situation. She asked when that would be, perhaps doubting we meant it. We promised we’d be back around the new year, and we kept that promise.

And that is how Fabi came to us.

I look at her now, playing with Djoulissa, the youngest and the former youngest, still both in pull-up diapers, and I realize that one day, not too long from now, there will be another new one, with another story of desperation, and another chance to turn that desperation to hope.

And one day, Djoulissa and Fabi will be lifting the new young additions and comforting them when they cry, and telling them everything will be all right. Perhaps they will remember when they first got here, perhaps not. We can only hope the loving attention each “new youngest kid” receives upon arrival sets them on a course of feeling secure, in a large, unusual but ever-loving family.