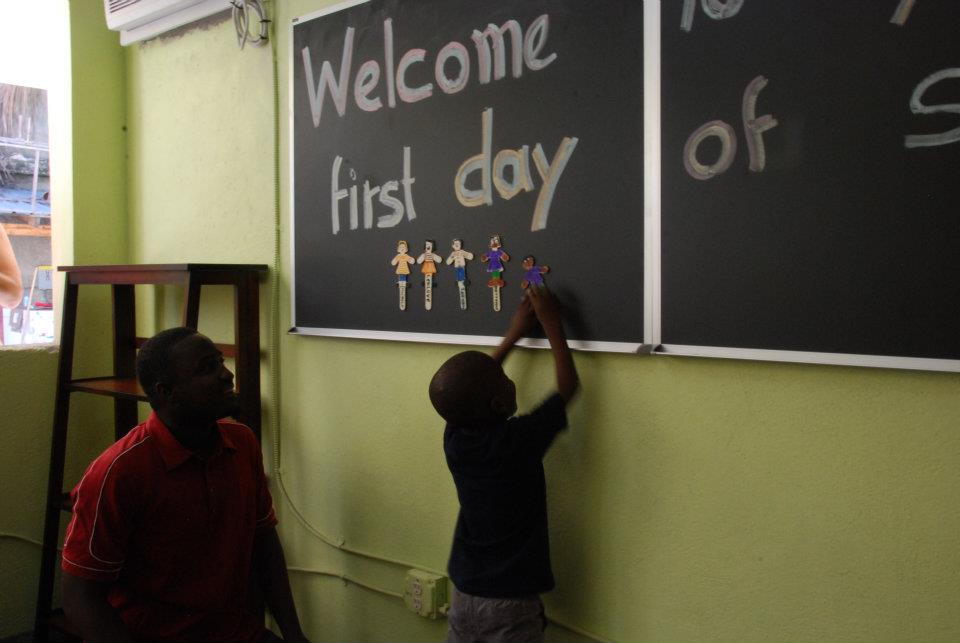 School is in Session

The Detroit Muscle Crew returned to the Have Faith Haiti Mission to continue working on the mission’s school, which has finally opened. From October 28 until October 31, the crew finished the electric system, installed a generator (the mission’s old generator–since replaced–and repaired for use in the school), put in new flooring, installed blackboards, set up new desks.

October 31, 2011 was a landmark day! The HFH Misson’s new school opened after nearly a year’s construction. It features three air-conditioned classrooms, stocked with desks, blackboards, creative stations and many modern education tools, thanks to your generous donations. We currently operate two levels, 3-5 year olds and 6-8 year olds, with four hours a day of English language instruction and three hours of French, math and social studies. More help is needed for continued operation. But this, as much as anything we do, will change the future for our children. Thank you all!