The push and “The Pull” of our struggles, and triumphs 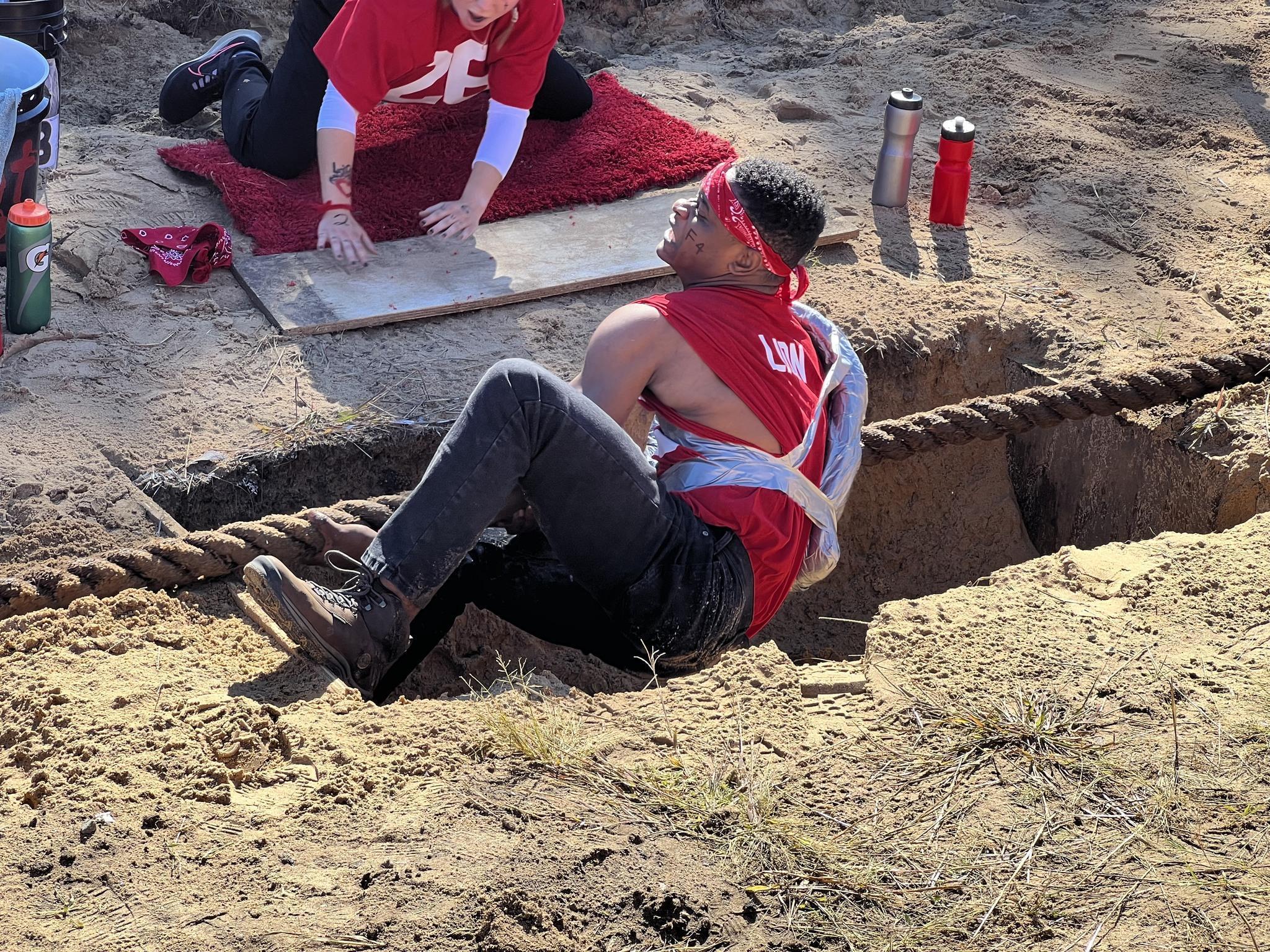 Haiti today, for those living there or trying to operate there, is an impossible tug of war between desire and denial.

Last weekend, in search of something more positive, I got to witness a different tug of war.

I went to visit our four newest college students, Kiki, J.J., Samanza and Esterline, who graduated from our school last June and are deep into their first semester at Hope College in Holland, Michigan. I chose last weekend to come up because Kiki told me that he’d signed up for “The Pull” and wanted me to watch.

The Pull it turns out, is a huge annual tradition at Hope — and one of the oldest college traditions in the country — going back 125 years. Essentially, first year students compete against second year students by yanking on a rope.

But this is not your Grandad’s Tug of War.

I arrived on the hot Saturday afternoon, and met up with J.J., Esterline and Samanza.

We walked to a grassy area on 11th street. From afar, I could see crowds of spectators already on site. To be honest, I expected two groups of college kids in shorts and t-shirts, standing on opposite side of a rope, goofing around until someone yelled “Go!”

What I witnessed instead was a military grade operation. There, on a stretch of turf at least half a football-field long, were two teams, in full uniform, separated by tarp curtains and a long lonely stretch of rope in the middle. Each team had 18 participants. And they weren’t lined up one behind the other. No, sir. These kids were in trenches!

Yes. Perfectly dug, with plywood wedged on the front wall. Each participant was positioned in his or her trench, and wrapped with padding and duct tape on one side, to protect, I suppose, against rope burn and injury.

Crouched alongside each puller was a “moraler,” someone to yell encouragement, wipe sweat, and guide a water bottle into mouths.

Just after 3 o’clock, both sides looked to a signaler and….

Bang! Off they went! Pull! Pull!

Kiki was in the third trench from the front. He had a red shirt that read Lion, a nod to his team nickname “Lionheart.” I thought back to when he first came to our orphanage, with his younger brother, so poor he didn’t even have underwear. They had no idea how appropriate “Lionheart” was.

The Pull went on for hours. Crowds of students, friends and families cheered and whooped and hollered. There is no shortage of school sprit at Hope College. Every time the team did a coordinated yank — gaining maybe a fraction of an inch of rope — the supporters roared.

Poor Kiki — like the others — was trapped in that yanking position all that time. When I looked at his face, it was taut, exhausted, sweaty. He grimaced in pain. But he never gave up. Other participants were taken out when they fainted from the heat.

Not Kiki. He held that rope all afternoon long, his back burning, his muscles twitching, with no idea if he was winning or losing.

Maybe it’s the writer in me. Maybe Haiti is just forever on my mind. But I could not watch Kiki, trapped in that hole, gaining less than an inch for every growling effort, and not think of how much this reflected daily life in Haiti and at the orphanage.

Every little thing is a struggle. Every hour of electricity is like gaining an inch on the rope. Every road closure or gang threat is like losing the same. Everyone feels stuck in a hole, pulling for their survival, with no idea what the final result will be.

“The Pull.” It could be the caption under endless Haitian photographs.

Sometime after 6 o’clock, the competition ended. And stunningly, the first-year students had won. That doesn’t happen often. Kiki celebrated with his new college friends, and told me “I’m really tired” when he got home.

I’m glad his team tasted victory. I’m glad he got to feel that all that pulling on a rope was, in the end, rewarded.

I only hope we can say the same, that everyone in Haiti can say the same when the current crisis is over. Right now it just feels like a dark trench, an endless effort, and a really long rope.