What moves a person to a life of service? 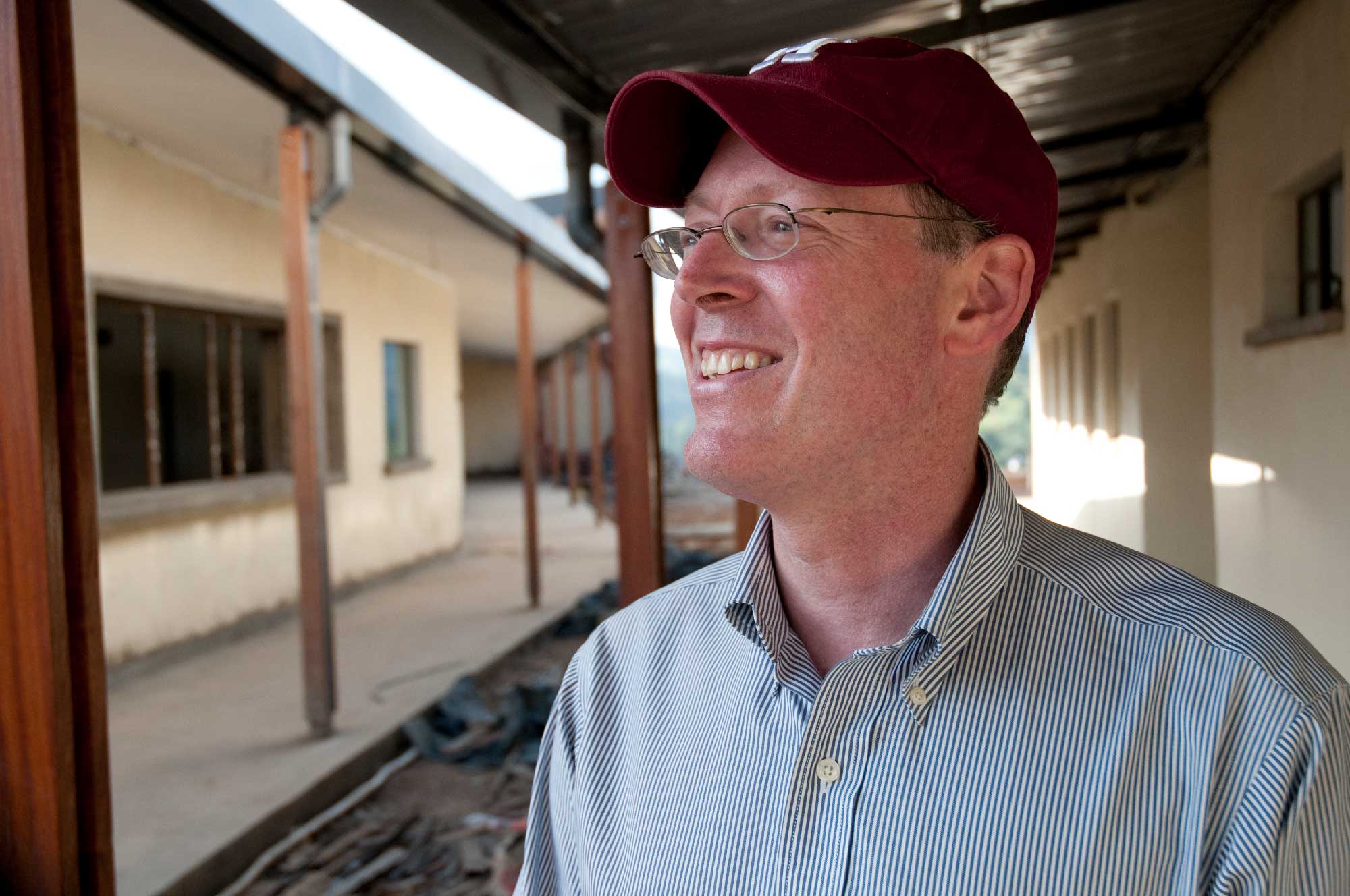 Image: Dr. Paul Farmer at the new Butaro Hospital built by Partners In Health for the Rwanda Ministry of Health. | Location: Burera, Rwanda. (Photo by William Campbell/Corbis via Getty Images)

What takes you off your path? What catches your eye, your heart, your mind, and lures you to wander ever away from the road that others — and maybe even you in an earlier time — had so carefully laid out?

Paul Farmer was one of those wanderers. He was a student at Duke, headed to medical school, when he visited nearby migrant labor camps and met some Haitians working there. He liked them. Grew interested in their stories. Upon graduating, he wrote a long article about their plight. He called it “Haitians Without A Home.”

It tugged him off his path.

By the time he was in Harvard Medical School, he was tugged all the time. He spent much of his class time in Haiti, taking his books with him, flying back for exams, then returning to Haiti, where he was volunteering at a hospital and imagining ways to bring medical care to isolated, impoverished regions.

Eventually, Farmer and some partners established Partners in Health (when he was just 28). PIH began in a desolate area of the Central Plateau. It has since grown to 16 locations, employing 7,000 people across the country. Through education, equipment, research, and distribution of medication and vaccinations — in Haiti and in several other countries — Farmer is easily responsible for affecting millions of lives, saving a great many of them.

We were supposed to meet this year. I’d admired him for a long time, knew he was still coming to Haiti, met people who knew him, got a message to his people, found out he would be willing to meet me and tried to coordinate our varied and harried schedules.

Then, last week, Paul Farmer died, suddenly, in his sleep, while visiting one of the many operations he started, this one in Rwanda. He was 62.

A wealth of service

Farmer’s death left me sad and depressed. He was still doing so much good. He left behind a wife and children and so many he had touched. But his story got me thinking about how many others Haiti has beckoned in her lonely, desperate way, and how those people, like Farmer, strayed off the easier path to try the difficult way of changing things that Haiti demands.

One of the earliest hospitals Farmer tried to work with was the Albert Schweitzer hospital of Deschapelles, in central Haiti, a few hours north of Port-au-Prince. You’d think by the name that Schweitzer, the great humanitarian physician, might have established the place.

He didn’t. That hospital was actually built by Dr. Larimer Mellon and his wife Gwen. If the last name sounds familiar, it’s because Mellon was part of the famously rich Mellon family. His great-uncle was Andrew Mellon, the banker who founded Alcoa. His father was William, who co-founded Gulf Oil.

So Haiti was the last place a guy like Larry Mellon would end up. But something lured him. Something about Haiti’s awful poverty stirred the dream of a beautiful thing rising from its desperation.

Mellon and his wife left behind a life of luxury in Arizona and moved to the Arbonite Valley, where life expectancy was about the lowest in the western hemisphere.

And they built a hospital.

That hospital operates to this day. It is where the Mellons are buried. A man named Jean Marc de Matteis, who was running a highly successful construction company, became aware of some challenges the hospital was facing through his wife, Verena, who was on the hospital’s board. He could have shrugged and said, “Not my problem.” Instead, he offered to help, provided guidance, got deeper and deeper involved, and now is the Hospital’s CEO.

Lured off the path.

There’s an orphanage in Grand Goave, Haiti that is home to more than 60 children. It’s called Be Like Brit, named after Brittany Gengel, a passionate, caring, 19 year-old from Massachusetts who came down in 2010 to to help Haiti’s children. One day she texted her mother: “I want to move here and start an orphanage myself.”

Three hours later, the earth shook, and Brittany, along with nearly 300,000 others, was killed.

Her family could have, understandably, wanted nothing more to do with Haiti. Instead, they raised money to make her dream come true. In 2012, they opened the Be Like Brit Orphanage, which now features a school, a large staff, and a first-class operation.

I’ve met Len Gengel, Brittany’s father. He was in construction in the U.S. and never figured he’d be founding an orphanage. But something about his daughter’s dream, which was to nourish Haitian children’s dreams, got to him. He told me it was something “We had to do.”

Lured off the path.

I never got to meet Paul Farmer. In this life, I never will. But the spirit that brought him to Haiti is actually all over this hot country, in hospitals and schools and orphanages and missions. People who, like Farmer, see hunger and try to cure it, see sickness and try to heal it, see open arms and try to embrace them.

What takes you off your path? Something purer? Something more satisfying? Here’s a nod to all those who have bravely taken that left turn from an easier life. Their impact, like Farmer’s, will ripple for a very long time.