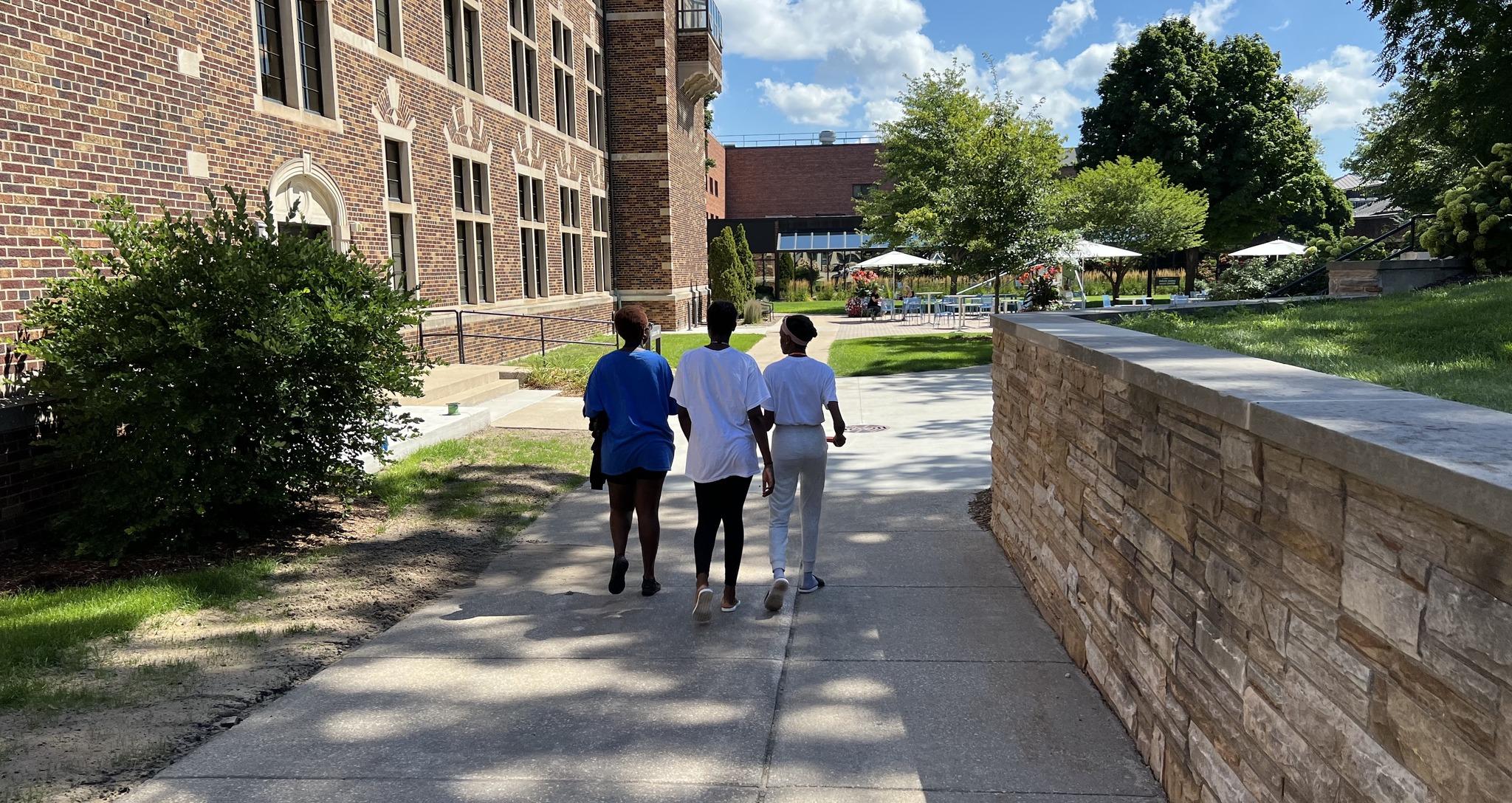 Moving to a new home. Is there anything more exciting — or more nerve wracking? Does any human shift bring about more sleepless nights, more anticipation, more self-examination, or more back pain?

Our orphanage is in physical upheaval. We are moving to a new property, 20 minutes and a world away from where we have always been.

Meanwhile, our oldest kids, last week, moved into their new home at an American college, some 1,854 miles and a universe away from where they grew up.

I remember, as a kid, a night where my parents, siblings and even my grandmother all left the house, while I, stuck with a cold, had to remain there. The sentence that echoed in my head as the door closed behind them was this: “Where’s everybody going?”

I felt that sensation last week when we began emptying a big black van and carrying boxes, blankets, towels, sheets, trash cans, toiletries and notebooks into a dormitory at Hope College in Holland, Michigan.

It was a hot August morning, and the campus fairly burst with sunlit colors. The green lawns. The white pavements. The purple and red flowers. The reddish brick of the academic and residential buildings.

And here came our kids, their arms full, J.J., Kiki, Samanza, and Esterline — two boys, two girls — all of whom had been at our orphanage at least 11 years. Someone opened the door to the dorms and they entered quickly. I lagged behind, watching them disappear up a stairwell.

A place to learn

I remember the first time we brought any of our kids to college. It was four years ago, and we moved Emmanuel and Siem into a dorm room at Madonna University. Emmanuel looked around and saw a desk. Tears came to his eyes.

“This desk is for me?” he asked. When we said yes, of course, why was that so emotional, he said, “All my life, I wanted my own desk.”

It reminded me of how much further this journey is than just the physical miles it takes to get here. Emmanuel and Siem, Edney and Jhonas last year, and now our four new arrivals at Hope College weren’t just dealing with a new place to plug in their computers.

They were dealing with having a computer in the first place. Having a phone. Being in a bed that isn’t surrounded by nine others. Sleeping without the cacophony of little children at night and waking up without nannies and teachers accompanying them to a massive group breakfast.

[VIDEO: Conquering the first of many collegiate challenges]

They were dealing with a country that never even heard of the language they speak, and a bombardment of new influences from television to professors to TikTok. New friends. New food. Completely new environment, where it gets cold and actually snows. All this while being expected to excel in classes.

Thanks to numerous shopping stops — and the kindness of friends Stan and Tanya Brooks, who underwrote and organized an excursion through Bed, Bath and Beyond — the four kids had more possessions now that the sum of all they’d ever owned at the orphanage.

But as they began to unload things in their rooms, one thing caught their eye. It was something Janine and I had made up for them: a large photo of all the orphanage kids and staff assembled together under a tree, smiling.

J.J. and Kiki placed it on the wall with two-sided tape, the first piece of decorating they had even done in their lives. JJ smiled.

A place to sleep

Meanwhile, back in Haiti, that family needed to get out of the third-of-an-acre facility that had been home forever and off to the new property, which was, above all things, in a safer neighborhood. Haiti’s streets have grown unimaginably dangerous. Shootings. Fires. Kidnappings. There is a sense of urgency now to get someplace and lock down hard.

But while our kids still didn’t know about the move (the big “reveal” party was in full planning mode) there were two issues that needed immediate attention before they could be transported.

One involved bed bugs, which we discovered in two of the dorm rooms. Bed bugs in Haiti is a little like snow in Alaska. Pretty hard to avoid. But once they have infested a room, they are damn hard to get rid of. They find their way into sheets, clothing, books.

And so a process began, led by Mr. Bob and Ms. Amy, our Canadian volunteers, to boll every single piece of clothing in scalding hot water (that kills the bugs) then quickly dry it and pack it away in sealed containers to take to the new place.

Meanwhile all our books were taken outside and opened in the sunshine, left there all day, then also packed away tightly.

The plan was to work our way down to the final night, when the kids would leave behind whatever they were wearing, along with their beds and sheets. Everything had to be new in the new place. That was the only way to insure we weren’t moving the bed bugs with us.

A place to play

But before we could do that, a sudden issue arose at the new place. There was a lovely building to serve as our school. And another to serve as the dormitory. But because there were tenants still occupying half of the property, there was no real yard in which the kids could run around. No place for them to release their energy, to play the games like soccer, street hockey, or makeshift tennis that they had grown used to.

“How could I have overlooked this?” I berated myself. “Where are they going to run?”

There didn’t seem to be an answer, until, on a visit to the property with Jean Marc and Verena DeMateis, the builders who were selling us the property, we walked around lamenting the absence of a playing space. Finally, my wife Janine stood between the two buildings, gazed at the large slope that dropped a good 30 feet down into a ravine and said, “What if you built a yard right here?”

They looked at each other.